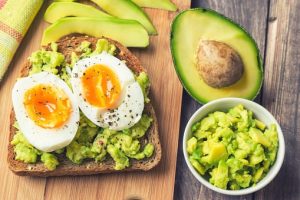 The 210 participants involved in the study all had type 2 diabetes and did not do shift work. The researchers used surveys to assess the meal preferences of the participants, as well as a self-reported recall of food consumed during one day of the study. The study used mediation analysis to determine the relationship food and eating preferences play in the role of obesity in type 2 diabetes patients.

The results of the data analysis revealed that the participants with a higher BMI were more likely to consume meals in the evening. It was also shown that participants with higher BMIs generally preferred eating breakfast late in the morning, but this connection was non-significant.

Those who preferred eating in the evening were also more likely to prefer eating later in the morning. There was no relationship found between BMI and obesity with any other meal times or with the participants’ self-reported calorie intake.

Eating in the Early Morning Related to Lower BMI

The researchers believe that these results may derive from a person’s natural circadian rhythm, which relates to when we feel tired and how well we sleep, as well as melatonin production. It is well-documented that circadian rhythms are also associated with metabolic functions, which directly relate to a person’s level of weight gain.

So, potentially, people who sleep in later will also demonstrate a preference for eating later in the day, which could relate to lower ability to metabolize food, although this was not shown in this study.

If this is the case, however, it could be that there is at least one potential modifiable trigger for obesity in type 2 diabetes patients, which could lead to better treatment options and real results in terms of decreasing the prevalence of this serious health concern in these patients.

Future research will be needed to test these hypotheses and offer additional information on the connection between type 2 diabetic obesity, morning/evening meal preferences, and circadian rhythms controlling the sleep cycle and metabolic functions.