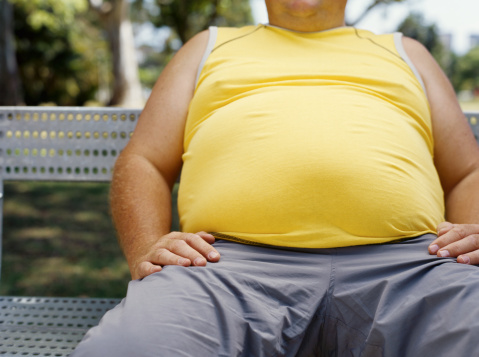 Being overweight or obese has been tied to a number of negative health outcomes already, so it’s of little surprise that the latest findings have uncovered yet another side effect of obesity – it’s bad for your brain. The findings of the study suggest that being overweight or obese can trigger premature aging of the middle-aged brain. The study examined the impact of extra weight on the brain’s white matter that facilitates intracerebral communication.

White matter is known to shrink with age, but the study found that the amount of white matter in an overweight 50-year-old was similar to that of a 60-year-old lean individual.

Lead author Lisa Ronan said, “Obesity is associated with a host of biological processes that are seen in normal aging. And, therefore, we hypothesized that obesity may in fact compound the effects of aging that we see in the brain. This is what we found.”
The research on the subject is still in its early stages to fully understand the meaning of the study findings and draw some definite conclusions. Nonetheless, the results suggest obesity’s possible contribution to the development of brain disorders, like dementia and Alzheimer’s disease.

Additional research is still required to further understand the processes at play. Does excess weight somehow lead to less white matter? Or is it a smaller amount of white matter that affects obesity? Can weight loss combat the effects of obesity on the brain? These are just some examples of the key questions that need to be addressed in future studies.