Home » Diabetes » How are diabetes and diarrhea connected? Causes, diagnosis, and treatment of diabetic diarrhea 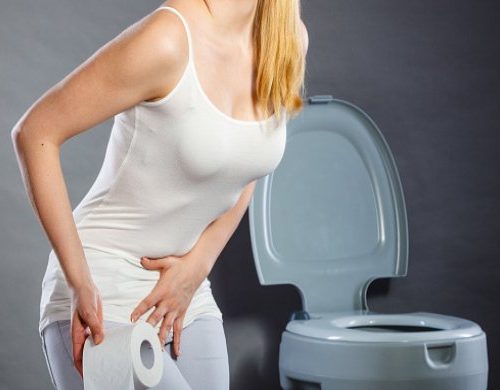 Diabetes and diarrhea are two terms that are not often thought to be related, but they actually are. Diabetes is a metabolic condition that can lead to a host of detrimental health issues. One such problem is nerve damage, which can disrupt bowel functioning. Those afflicted by diabetes have diarrhea because of this complication.

However, there are several other potential etiologies for why a diabetic may experience episodes of diarrhea, which include indigestion of artificial sweeteners, concomitant celiac disease, bacterial overgrowth, irritable bowel syndrome, or even diabetic medication side effects.

While the prevalence of diabetic diarrhea will depend on the area being evaluated, it is estimated that type 1 diabetics have a higher rate of associated diarrhea compared to type 2 diabetics, with rates of five percent and 0.4 percent respectively. Diabetic diarrhea tends to be associated with disease duration, A1c levels, being a male, and autonomic neuropathy.

Diabetes and diarrhea: The connection

Diabetes affects the body’s ability to produce or use a hormone called insulin. Produced by the pancreas, insulin is released when we consume food, allowing our bodies to absorb the sugar contained within it for energy. Diabetics find this process to be extremely difficult, either not producing any insulin at all or having cells resistant to its effects. It is estimated that about 22 percent of people with diabetes experience frequent diarrhea. However, the exact cause of this is unclear.

There are two forms of diabetes: type 1 and type 2. They are also referred to as juvenile and adult-onset diabetes, respectively. It’s true that the majority of discussion around diabetes tends to be about the type 2 subset, as it is the acquired form of the disease affecting thousands of Americans. However, type 1 diabetes is also important to recognize at it mainly affects our children, and as they grow up, their diabetes will still be with them.

Type 1 diabetes is a chronic condition very similar to type 2 diabetes. They both have an insufficient utilization of glucose owing to a deficiency of insulin. However, the way this occurs in both subsets of diabetes differs greatly.

In type 1 diabetes, the pancreases – an organ involved in the endocrine system – produces little to no insulin needed to allow glucose into cells. Type 2, on the other hand, has cells that are resistant to the effects of insulin and not enough insulin is produced. Both result in the same outcome.

While both type 1 and type 2 can present the same, a few key differences in presentation do exist, such as the age of onset, weight loss, and the thin appearance commonly associated with type 1 diabetes. No one knows why young children develop type 1 diabetes, but it is thought to be due to an autoimmune reaction, whereby insulin-producing cells are destroyed by the body.

People with diabetes tend to pass significant amounts of stool at night, are unable to control bowel movements, or have incontinence. Diarrhea may be regular or alternate with regular bowel movements and constipation.

What are the causes and symptoms of diabetic diarrhea?

A medical term used to describe damage to nerves. Nerves are required to carry information from the brain to various tissue and organs, which then send their signals back to the brain again to ensure everything is working as it should. Those with diabetic diarrhea have damaged nerves of the gastrointestinal system, which can lead to frequent bowel movements.

It is believed that the majority of diarrheal symptoms occur at night because our nervous system normally ensures our bowel remains settled to help us stay asleep. However, if these nerves are damaged, this may not be the case.

A condition characterized by the improper processing of bile acids within the digestive system, which can result in symptoms of diarrhea. Bile acids are produced by your liver and stored in the gallbladder. When consuming foods containing fat, the gallbladder releases bile acids to help break them down in the gut, allowing them to be better absorbed by the body. In biliary malabsorption, bile acids are inadequately reabsorbed by the intestines, and instead flushed into the large colon, which can lead to the production of watery stool and increased intestinal motility.

The pancreas is an abdominal organ responsible for the release of enzymes that help with the digestion of food. It also produces several hormones into the bloodstream that help regulate blood sugar levels. Pancreatic insufficiency refers to a condition where it does not make enough of the specific enzymes used to digest food in the small intestine. This can lead to abdominal pain, weight loss, and diarrhea.

Refers to the inability to control bowel movements, leading to unexpected stool excretion or leaks from the rectum. Fecal incontinence may range from occasional leakage of stool when passing gas to complete loss of bowel control. This condition is commonly caused by diarrhea, constipation, and muscle and nerve damage.

Celiac disease (gluten-sensitive enteropathy) is a condition where certain individuals have developed a damaging immune reaction whenever they consume gluten, a protein found in wheat, barley, and rye. The immune reaction occurs in the small intestine and damages the intestinal lining, leading to malabsorption of essential nutrients, weight loss, fatigue, bloating, and anemia.

This can be very troubling when young children are affected as they require proper nutrition to ensure normal growth and development.

A recognized complication that is more prevalent in those requiring higher levels of insulin to control their diabetic symptoms. In healthy individuals, the small bowel normally does not have a large number of bacteria residing within compared to the large intestine. However, those suffering from diabetes may have bacterial overgrowth if the feces moves too slowly through the small bowel. This can lead to the feeling of abdominal fullness, abdominal cramps, as well as frequent watery diarrhea.

How to diagnose diabetic diarrhea

A complete history of any previous medical condition will be documented, and diabetes will be a significant contributor to the overall diagnosis of cases of diabetic diarrhea. Next, the amount, frequency, and duration of diarrheal symptoms will be documented, allowing for recognition of a gastrointestinal disorder. Historic criteria of note to physicians will be the frequency of watery bowel movements that occur primarily at night. A list of currently used medication will also be noted and their side effects reviewed.

During the physical examination portion, a neurological test may be done to show any potential signs of autonomic neuropathy. Additionally, signs of malnutrition, anemia, edema, and abdominal masses will also be assessed.

Laboratory testing will allow for the analysis of blood glucose levels, A1c, the presence of blood in stool, and other various causes for inflammatory bowel disease or infections causing diarrhea.

How to treat diabetic diarrhea

Celiac sprue: Currently, there is no cure for celiac disease. Having a strict gluten-free diet is the most common treatment to manage symptoms and promote intestinal healing.

Gut dysmotility and hypersecretion: Characterized by abnormal contractile profiles of the gut leading to excessive diarrhea. The use of the medication Loperamide (Imodium) can help prolong intestinal transit, reducing the frequency of bowel movement.

Bacterial overgrowth: Broad spectrum antibiotics, such as doxycycline, cephalosporins, and quinolones can resolve diarrhea and possibly reduce associated symptoms of bacterial overgrowth. This may also be supplemented with probiotics such as Lactobacilli or Saccharomyces boulardii, helping to recolonize the gut with beneficial microorganisms.


Foods to eat for diabetic diarrhea

The foods we eat can have a significant impact on the development of diarrhea, especially for people diagnosed with diabetes. While most diets plans promote the consumption of fibrous foods, this may be counter-intuitive for the prevention of frequent bowel movements. Fortunately, there are several diabetic friendly foods that can help diarrhea sufferers recover faster. However, if you are suffering from diarrhea lasting more than five days, seeing a doctor is highly recommended.

Foods that are part of diabetes and diarrhea diets include:

Burning during and after diarrhea: Causes and how to stop burning diarrhea

Do you need to use a blood glucose monitor to manage your diabetes?