Home » Colon And Digestive » Colon Health » Burning during and after diarrhea: Causes and how to stop burning diarrhea 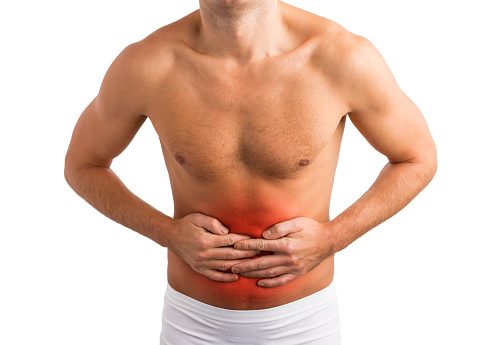 Those that have experienced burning diarrhea already know how unpleasant it can be. If the thought of forceful bowel evacuation isn’t disheartening enough, add to that a burning sensation in the rectum or anus and you can roughly gauge the level of discomfort burning diarrhea sufferers face.

Thankfully, burning diarrhea is not any more serious than more typical forms of diarrhea.

What is burning during and after diarrhea?

Painful, burning diarrhea is not generally linked to any specific medical condition, rather, it has more subjective causes. Asking yourself “why does my anus burn when I have diarrhea?” is normal and it has many causes, the most common of which is a burning sensation caused by the inflammatory process.

Inflammation causes vasodilation, which widens blood vessels, increasing the flow of blood to the affected area.
Inflammation also leads to temperature increases and a burning sensation, similar to that of pain.

The following are some burning diarrhea causes:

Stomach acids, digestive enzymes, and bile: Your digestive tract uses a combination of particular acids and enzymes to help break down the food you eat, making it easier for your body to absorb the nutrients it contains. However, during times of diarrhea, your gut does not have enough time to allow these substances to work on your food, often leaving them intact.

Physical trauma: Existing trauma to the rectum or anus caused by activities such as aggressive wiping can lead to further irritation or even cause tissue damage when foods are not entirely broken down by the time they leave the body. Undigested foods such as edible seeds, pods, shells, or even simply rough foods may lead to this type of physical trauma.

Spicy foods: Perhaps one of the more common causes of burning diarrhea, spicy foods often contain chemical compounds that survive the descent through your digestive tract. The most important of which is a chemical called capsaicin, an active ingredient in most spicy foods and even a common numbing agent. Capsaicin can irritate the digestive tract leading to diarrhea. If this chemical becomes exposed to tissue surround the anus or rectum, a displeasing burning sensation is felt.

Health conditions that cause burning diarrhea

Inflammation of the tissue lining of the inner rectum. The rectum connects the last part of your colon to your anus, where stool passes as it exits the body. Proctitis can be painful and uncomfortable, often leaving sufferers with the constant urge to defecate. Inflammation is a normal bodily process that is initiated by our immune system. If it occurs in the lower part of the gut and pelvic organs, it can contribute to pain and a burning sensation during the defecation process. Proctitis may be caused by injury and irritation, infections, allergies, and autoimmune disorders as seen with inflammatory bowel diseases (IBD).

A common feature during infectious causes of diarrhea, such as viral or bacterial gastroenteritis. Having a fever causes the core body temperature to rise in an attempt to kill the foreign organism. This will inadvertently cause your stool or diarrhea to become warmer than usual, making a sensitive anus perceive it as a burning sensation. Fevers associated with inflammation of the colon and rectum, such as infectious colitis, may also contribute to a burning sensation during bowel movements.

IBD is an autoimmune condition of the gastrointestinal tract and is characterized by chronic inflammation. Two forms of IBD exist: Crohn’s disease and ulcerative colitis, both of which have some unique symptoms with some common overlap. Chron’s disease may cause the development of abnormal growths and ulcers anywhere in the digestive tract from the mouth to the anus, while ulcerative colitis is somewhat more limited, usually affecting only the large intestine. Both conditions can lead to burning pain while defecating.

Colon cancer is the development of cancerous polyps in the lower part of the digestive system and may extend into the rectal area. It is considered the fourth most common type of cancer diagnosed in the United States, with diet and lifestyle having a significant impact on its development. Burning diarrhea may occur as a result of this condition along with other symptoms such as rectal bleeding, unintentional weight loss, and other symptoms that commonly occur with cancer.

A metabolic condition marked by the body’s inability to produce or use insulin effectively. Diabetic patients often develop a buildup of glucose in the bloodstream, called hyperglycemia, which can lead to diarrheal complications. It is estimated that about 22 percent of people with diabetes experience frequent diarrhea episodes. It is not yet known what this is exactly but is speculated to arise from issues in the small bowel or the colon.

Also known as non-IgE mediated hypersensitivity or non-allergic food hypersensitivity, this condition refers to difficulty digesting certain foods, which could possibly lead to burning diarrhea. This condition is not to be confused with allergic reactions that occur when eating certain foods, but rather digestive problems. Common foods that contribute to food intolerance include dairy products, grains that contain gluten, and foods that cause intestinal gas buildups, such as beans and cabbage.

Also known as a foodborne illness, this condition occurs as a result of eating food contaminated with infectious organisms such as bacteria, viruses, and parasites or their toxins. Contamination can occur at any point during food processing and preparation. It can even happen at home if food is improperly handled. The symptoms of food poisoning typically begin within a couple of hours after eating the contaminated food and include nausea, vomiting, and/or diarrhea.

The use of broad-spectrum antibiotics is not only effective at eradicating foreign organisms that invade the body, but also kill off beneficial bacteria found in the gut, disturbing its natural balance. This can cause bacterial overgrowth or infection by toxin-producing bacteria, potentially leading to diarrhea.

When to visit the doctor?

Severe cases of burning diarrhea can often make you feel incapacitated and unable to perform simple tasks. However, most cases tend to resolve on their own within a day or two. However, if you are experiencing burning diarrhea symptoms for a much longer period of time, it could be a sign of a more serious health condition. If you have any of the following signs and symptoms of burning diarrhea, it may be a good idea to seek medical attention.

Diarrhea is a condition that can most often be taken care of at home, but some cases require the aid of an experienced medical professional. However, for the most part, if you are replacing what you have lost, which is fluids and food, your body will take care of the rest until your bowel symptom has resolved. The following are some of the most commonly used home remedies for burning diarrhea:

Those suffering from burning diarrhea may also benefit from avoiding spicy foods as well as dehydrating foods such as those containing caffeine or alcohol. Additionally, using medicated creams or ointments on the area can help provide relief for particular causes of painful burning diarrhea.