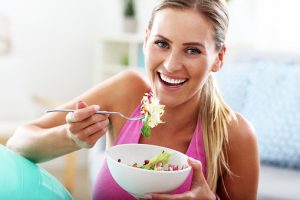 Having type 2 diabetes, also called adult-onset or non-insulin dependent diabetes, has become very common in today’s society. An estimated one in three Americans will develop type 2 diabetes by the year 2050, according to new projections by the Center for Disease Control and Prevention (CDC).

This growing trend is in direct correlation with the increasing rates of obesity in American citizens and has even extended to our younger population. This prevalence of type 2 diabetes has made health professionals around the globe concerned about the overall health of those affected, with mental well-being also in jeopardy.

According to a new report, type 2 diabetes goes into remission in many patients who undergo bariatric weight-loss surgery, a procedure that reduces the size of the stomach. This leads to less calorie intake, resulting in significant weight loss.

A team of researchers sought to find out exactly why this caloric restriction rapidly reverses type 2 diabetes.

Type 2 diabetes is a metabolic disease characterized by insulin resistance. It is a long-term disorder caused by the cells in the body inefficiently utilizing glucose in the bloodstream. Much of this is the result of poor lifestyle choices and genetic factors. Obesity is thought to be the leading cause of the majority of people with type 2 diabetes are obese.

Type 2 diabetes is not treatable, only manageable, and there are several types of pharmaceutical drugs that aim to reduce blood sugar and cardiovascular risks. However, some people with this disease may be able to reduce their sugar levels with diet and lifestyle changes alone, according to the researchers.

The study in question investigated the effects that a very low calorie diet (VLCD), consisting of one-quarter of normal intake, would have on rodent models with type 2 diabetes. The researchers tracked metabolic processes that contributed to glucose production by the liver, which may be contributors to the development of type 2 diabetes.

The major beneficial mechanisms of adhering to a VLCD were identified, which dramatically lowered contributing factors to type 2 diabetes. These included:

Most surprisingly was that these positive effects of the liver were seen only three days after initiating the diet restriction.

“Using this approach to comprehensively interrogate liver carbohydrate and fat metabolism, we showed that it is a combination of three mechanisms that is responsible for the rapid reversal of hyperglycemia following a very low-calorie diet,” said senior author Gerald I. Shulman, M.D.

Next steps will be to confirm these effects in humans. If the future trials prove successful, it will provide new and more effective ways to help treat type 2 diabetes.

Related: Your risk of type 2 diabetes goes up because of this…