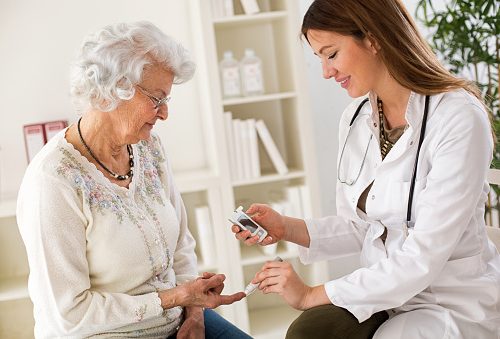 Menopause is a life change that affects women around the age of 50, although some women experience it earlier. During this time, estrogen levels decrease, which can lead to changes in a woman’s health. Many women during this time experience hot flashes, memory fog, weight gain, and other unfortunate symptoms.
A new study suggests that women who experience menopause early have an additional problem—they are more prone to developing type 2 diabetes.

The study suggests that type 2 diabetes is a risk factor for cardiovascular disease, but it was unclear how the age of menopause onset impacted the risk of diabetes.

The researchers reviewed data from 6,816 women, which was further narrowed down to 3,969. The women were all over the age of 45 and underwent medical examinations every five years.

Women who had not experienced menopause, who already had diabetes, or had non-natural menopause were excluded from the study. Menopausal status was evaluated with take-home questionnaires.


Prevalence and cases of type 2 diabetes were accounted for by examining medical records, hospital discharge letters, and glucose measurements from baseline and follow-ups.

Extensive background medical history was also taken from the women, such as smoking and alcohol behaviors, medications, and socioeconomic status.

In a statement, the researchers explained, “Early onset of [menopause] is an independent marker for [Type 2 diabetes] in postmenopausal women. Future studies are needed to examine the mechanisms behind this association and explore whether timing of natural menopause has any added value in diabetes prediction and prevention.”

Although you can’t control at what age you’ll experience menopause, it is important that you control for those other risk factors that can contribute to diabetes. This means adhering to a healthy diet and regular physical activity.

Menopausal fatigue: Symptoms and tips to beat fatigue during menopause