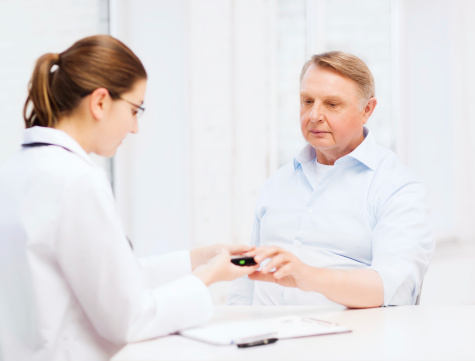 Research lead Dr. Gary O’Donovan explained, “High air pollution and low physical activity are two of the leading causes of disease and premature death in middle and high-income countries. Like most cities in the UK, Leicester has only a handful of air quality monitors. The UN has estimated that two-thirds of world’s population will be living in cities by 2050 and our cities must become better, healthier places to live. Cities like Copenhagen in Denmark and Medellín in Colombia are doing a much better job of measuring air pollution and facilitating active transport than most cities in the UK.”

We already know that exposure to traffic pollution contributes to insulin resistance, which is a benchmark of type 2 diabetes.

Co-author of the study Professor Roland Leigh added, “We know that air pollution is the world’s largest environmental health risk affecting 92% of the population and associated with more than three million deaths per year, and evidence suggested it may contribute to the rise in type 2 diabetes. While original results suggested an association between air pollution and associated particulates and type 2 diabetes when the effects of lifestyle and demographic factors were considered, and given the limited size of the sample, evidence for direct association with air pollution was inconclusive.”

“We will, however, continue to apply cutting-edge air quality research to unpick potentially connected long-term exposure factors. As innovators in air quality monitoring, the University of Leicester and EarthSense has a fundamental contribution to make in the understanding of the complex issues of pollution exposure and health,” Professor Leigh continued.

Rates of diabetes have doubled globally from 4.7 percent back in 1980 to 8.5 percent in 2014. Experimental evidence has shown a link between exposure to nitrogen dioxide and particle matter related to inflammation and insulin resistance.

Lifestyle factors also contribute to a higher risk of type 2 diabetes, which includes being overweight, eating an unhealthy diet, and lack of physical activity. Now, it seems that exposure to air pollution can be added to that as well. Therefore, aside from controlling other lifestyle habits, it may also be imperative that you try and reduce your risk to air pollution too.

Avoiding air pollution may seem impossible, but these helpful tips can help you protect your health from its harmful effects:

Being aware of the harmful effects of air pollution, we can work together toward reducing it. Air pollution is bad for the environment and our bodies. If we want to keep the Earth a good place to live, we need to start treating it right.

Increased risk of air pollution exposure in our homes: Study