Type 2 diabetes prevention and treatment were hot-topics in 2015 as diabetes rates continue to rise within the U.S. Much news came out this year in regards to type 2 diabetes, offering more treatment and prevention options for Americans to help better manage their diabetes or lower their risk of developing it.

Below are the top five news stories from Bel Marra Health about type 2 diabetes prevention and treatment options.

Exercise and Type 2 Diabetes: Exercise more difficult for those with type 2 diabetes: Study

Research revealed the real reason why it’s more difficult for those with type 2 diabetes to exercise. 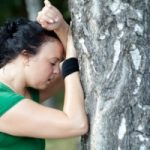 An essential part of efficiently managing type 2 diabetes involves exercise, but many diabetics report that exercise is far too difficult. The findings come from the University of Colorado Anschutz Medical Campus. Women, in particular, experience an exercise barrier, which contributes to a more sedentary life and leads to worsened health.

The study examined 54 overweight women who reported less than one hour a week of physical activity. Nearly half of the women had type 2 diabetes. Women were used for the study because the effects of diabetes on exercise and cardiovascular health are usually worse for women than men. 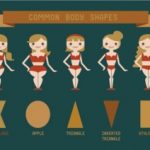 Type 2 diabetes risk may be predicted by a women’s body type by examining her hip circumference, according to new findings. There are many different body types: banana (straight from shoulders down), apple (wider top half, thinner lower half), pear (wider hips, thinner top), and hourglass (thin at the waist, rounded bust and hips). Even though we may have our own preferences, body shape goes further than visual appeal.

Researchers found a genetic variant known as KLF14, which regulates genes regarding where a woman stores fat. If fat is stored in the hips, then that offers better protection against type 2 diabetes, which is categorized by fat being stored in the abdominal region.

The gene is inherited from a woman’s mother and the effects of the gene were studied in a large genome of a broad population. Although risk of diabetes was modest, the numbers were still significant enough. When studying the specific gene the numbers grew. Learn More

A study has found that consuming frequent homemade meals can lower a person’s type 2 diabetes risk. 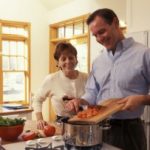 A recent study found that eating more homemade meals reduces the risk of type 2 diabetes. The findings were presented at the American Heart Association’s Scientific Sessions 2015. The study uncovered that those who ate two homemade meals (lunches or dinners) a day – 11 to 14 meals a week – had a 13 percent lower risk of developing type 2 diabetes. This was in comparison to those who had six or less meals at home a week. Type 2 diabetes has been shown to be a risk factor for heart disease.

Geng Zong from Harvard T.H. Chan School of Public Health said, “The trend for eating commercially prepared meals in restaurants or as take-out in the United States has increased significantly over the last 50 years. At the same time, type 2 diabetes rates have also increased.” Learn More

Exercise Intensity and Type 2 Diabetes: Those at risk for type 2 diabetes must exercise more intensely for prevention

Research has found that those with a risk of type 2 diabetes must exercise more intensely to reduce their risk. 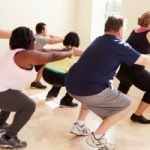 Exercise and healthy eating have both been revealed as effective ways to reduce one’s risk of type 2 diabetes. Researchers at Lund University studied the effects of exercise as a preventative measure of type 2 diabetes for those who are at an increased risk of developing it and those with a close relative with type 2 diabetes.

Participants received three different training sessions a week, consisting of a cycle class and two aerobics classes. Intensity and energy consumption were measured over this time as well. Prior to and after exercise their glucose tolerance – the ability for cells to absorb glucose – was measured. Muscle biopsies were also conducted to study the activity of various genes.

Study lead, Ola Hansson, said, “The difference was that participants from the risk group had to exercise more to achieve the same results as the participants from the control group.” Additionally, researches attempted to determine why those at higher risk require more strenuous exercise when compared to those with little to no risk. Learn More

Recent findings have revealed that taking blood pressure medication at night can reduce the risk of type 2 diabetes. 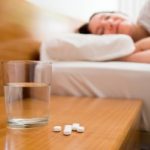 A 5.9 year follow-up was conducted, during which 171 patients developed diabetes. Those who took hypertension drugs at night showed lower sleep-time blood pressure, and they also had a lower prevalence of “non-dipping” – when nighttime blood pressure falls by less than 10 percent compared to daytime. Non-dipping occurred in 32 percent of nighttime-treated patients and 52 percent of daytime-treatment patients. Learn More

As you can see there was a strong focus on type 2 diabetes prevention and treatment in 2015. Hopefully, with more tips and findings being revealed in 2016, we will be able to lower rates of type 2 diabetes.