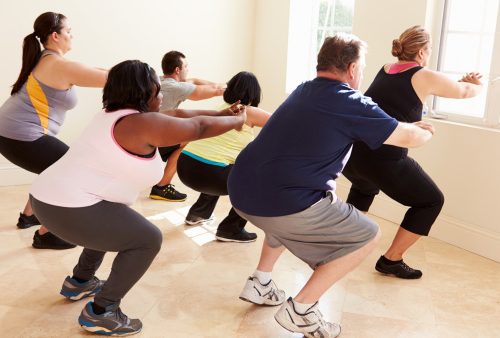 Exercise and healthy eating have both been revealed as effective ways to reduce one’s risk of type 2 diabetes. Researchers at Lund University studied the effects of exercise as a preventative measure of type 2 diabetes for those who are at an increased risk of developing it and those with a close relative with type 2 diabetes.

In total there were 50 unfit, slightly overweight but healthy 40-something males. Over the course of seven months they exercised in a fitness center. Twenty-five of them were considered high risk for developing type 2 diabetes, and the other 25 were used as controls – they did not have family members with type 2 diabetes.

Participants received three different training sessions a week, consisting of a cycle class and two aerobics classes. Intensity and energy consumption were measured over this time as well. Prior to and after exercise their glucose tolerance – the ability for cells to absorb glucose – was measured. Muscle biopsies were also conducted to study the activity of various genes.

Study lead, Ola Hansson, said, “The difference was that participants from the risk group had to exercise more to achieve the same results as the participants from the control group.” Additionally, researches attempted to determine why those at higher risk require more strenuous exercise when compared to those with little to no risk.

Hansson concluded, “Nevertheless, it is interesting to see that there is a difference despite the fact that all of them are actually healthy and otherwise very similar. We now hope to continue with further studies, including examining whether exercise intensity rather than volume is a crucial factor in determining how the risk group responds to exercise.”