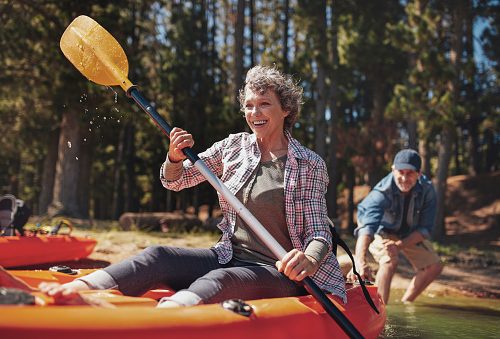 We are often told that it’s “mind over matter” when referring to tough obstacles. This phrase suggests that our willpower alone can make the difference in extremely stressful situations. Thinking positively about your abilities could make you perform better. However, the opposite has been found to be true as well—thinking negative thoughts about yourself makes you more likely to embody them.

It was found that simply thinking you are less active than others could increase your risk of dying at a young age.

“Our findings fall in line with a growing body of research suggesting that our mindsets—in this case, beliefs about how much exercise we are getting relative to others—can play a crucial role in our health,” said study co-author Alia Crum, an assistant professor of psychology at Stanford University.

How we think about activity matters

In this day and age, healthy living through diet and exercise are heavily promoted. What they don’t account for are the mindsets that people have toward these healthy behaviors. This is an important variable that public health campaigns overlook, according to the researchers.


The study in question included more than 60,000 American adults who were followed for approximately 21 years. It was found that people who said they are less physically active than others in the same group were up to 71 percent more likely to die during the follow-up period than those who considered themselves more active. This was despite the fact that the activity levels of both were similar.

The researchers stress that this study does not prove that thinking you are less active causes early death, but rather, there is an association between thinking so and a person’s health.

Learn to love what you do

While there is no doubt that eating healthy and being physically active plays a vital role in living a long life, this study proves that feeling good about yourself and what you do contributes to overall well-being.

“It’s time that we start taking the role of mindsets in health more seriously. In the pursuit of health and
longevity, it is important to adopt not only healthy behaviors but also healthy thoughts,” said Crum.

Related: 7 tips for a healthy mind

The power to make exercise less strenuous is in your mind