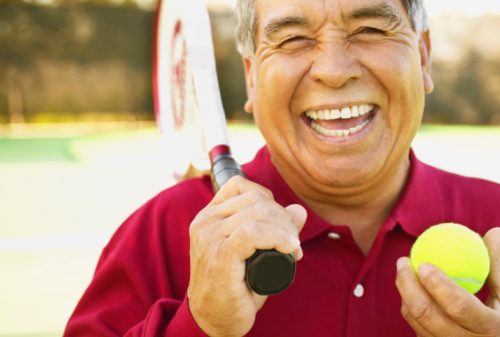 The most powerful organ in the body is none other than the brain. It is involved in every aspect of control, affecting everything from our breathing to our heartbeats. The brain also has the power to motivate, helping us get past stressful moments in our lives. On the flip side, our brain has the power to make us feel unmotivated, causing tasks to feel harder than they are.

This is very prevalent during exercise. It is our level of motivation that makes or breaks us. When we have a positive attitude toward being active, we find it more enjoyable. However, if we feel reluctant, our body feels heavy and unhappy, making exercise feel like a chore.

Your attitude holds the power

This is the exact phenomenon a group of researchers wanted to investigate. Their theory was that our perception of sports and exercise has a major influence on how strenuous that activity ends up being.

How well a person felt about themselves doing that activity also played a role in how difficult the activity was.

Their study involved 78 men and women between the ages of 18 and 32. Each was set up to ride a stationary bicycle for 30 minutes. Before that, they were asked how athletic they thought they were. They were also given a compression shirt with a specific sporting goods manufacturer logo on it to wear.

Before the experiment was conducted, participants were assigned to different groups and shown one of several short films that either stressed the positive health effects of cycling or the opposite. The sporting good manufacturer’s logos were also shown separately in their corresponding video, either being praised for aiding in cycling or being a hindrance.

“What the participants did not know was that we used these film clips with the aim of influencing their expectations of the coming cycling session,” said Hendrik Mothes, a psychologist at the Department of Sport Science at the University of Freiburg.

During their exercising session, the participants were asked what level of strenuousness they were experiencing every five minutes.
Not surprisingly, the researchers found that what they hypothesized was true.

The group that had a positive attitude found cycling to be less strenuous. Those who perceived themselves as more athletic saw the strongest effect in this regard. However, this same self-recognition did not help those who didn’t identify as being particularly athletic to start wit—they found the exercise strenuous anyway.

Belief in the compression shirt also had a positive effect in non-athletic individuals, but it made no difference in athletic people.

Believing is the key

The shows that having a positive attitude during physical activity can make it more enjoyable and less strenuous. A placebo effect, tricking your mind into believing there is an effect can be a powerful factor.

“The findings impressively show for all those who don’t consider themselves to be great sportsmen and—women—the right product really can make sport more pleasant, if ‘only’ you believe in it,” said Mothes.

Regular exercise can protect you against this serious health threat