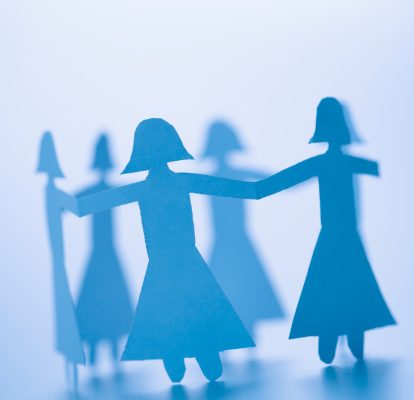 The well-being of American women continues to be a source of concern, especially following the release of recent data on the worst states for women’s health.

No one sets out to damage their own health; however, it seems that in many cases a lack of understanding or a lack of services puts women in certain states in a position where they are doing just that; damaging their bodies.

According to data collected by the Kaiser Family Foundation and the National Women’s Law Institute, in some areas of the United States heart health, physical fitness, cancer care, and general health are ignored.

Known for its rugged mountains and fertile valleys, West Virginia is picture perfect…just ask anyone who has visited the state. Sadly, many women who live there put their health at risk. Mississippi, famous for its magnificent river, is much the same. In both of these states obesity among women is very high. In West Virginia the problem is so significant that the state has received funding from the Centers for Disease Control and Prevention for preventive programs to help curb the problem. The health crisis in Mississippi is exasperated by the fact that women also have a high rate of smoking and chronic illness.

Also in the southern part of the U.S, just south of Arkansas is Louisiana. Here unhealthy eating is an issue and thus obesity is high. Unfortunately, there are also 9.7 infant deaths here for every 1,000 live births. Many women living in neighboring Arkansas share the problem of being overweight, but they also have a very high rate of smoking, heart disease and diabetes. Interestingly, the state does offer a lot of anti-smoking programs free. For reasons unknown, a lot of preventative measures are ignored.

Tennessee has the highest rate of death due to breast cancer and a very high rate of stroke among women. Life expectancy in 36 of 95 counties in the state of Tennessee declined between 1987 and 2007. Kentucky has a declining life expectancy for women, which surprises a lot of people who view the state as progressive. The state has a good healthcare system, but it turns out that many women do not have health insurance.

The green grass of Wyoming attracts thousands of tourists, retirees and movie stars every year, but women there often have to travel up to 100 miles just to get a mammogram. Breast and cervical cancer screening rates are among the lowest in the country. Idaho; known as the gem state, also has a lingering cancer issue. It has the lowest percentage of women over the age of 49 who have had mammograms in the past two years. Perhaps part of the problem is that the state has the lowest number of practicing physicians.

This state has many of America’s fastest growing cities, yet health issues still seem to penetrate deep in the heart of Texas. Women in Texas could be putting themselves and their unborn children at risk. They tend to shy away from pre-natal care and from getting health insurance. There is also a high rate of Chlamydia in Texas. The sexually transmitted disease can lead to infertility. Simple, preventative steps can be taken to avoid the bacteria.

Health care professionals insist that in many cases damage can be undone, and they point out that Healthy People 2020 will do a lot to educate women. Healthy People 2020 is a set of national health related goals and objectives to improve the well-being of all Americans.