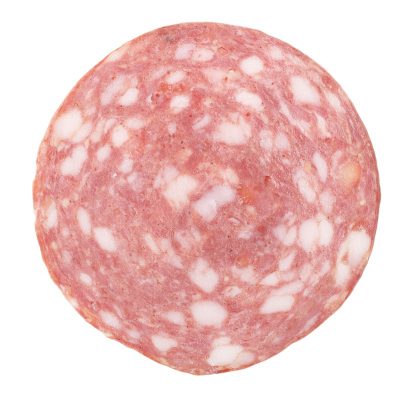 When was the last time you had glued meat for a meal? Before you answer “never”, read on.

Most of us have a common goal at meal-time; to nourish our bodies with healthy food. Occasionally we may slip and allow an overly salty or sugary treat into our diets, but we are usually aware of what we are doing.  That may not always be the case with glued meat. Glued meat is Transglutaminase, a powdery substance used to bind different pieces of meat together.  Filet mignon is an example. American food regulations stipulate that meat must be labeled as having Transglutaminase or Activa, as it is also called. Some food critics, as well as some investigative reports have pointed out that you don’t normally see these words on a menu; that many people are unaware that they are consuming glued meat.

What is Glued Meat – Not a Healthy Food.

Glued meat is in fact the cultivated bacteria of blood plasma from cows and pigs. It can also be developed from vegetables and various plants extracts. Some food critics say that such bindings are often used to connect a high quality meat with a lower quality meat, which is illegal in the United States and Canada. The American Meat Institute insists that in many cases, the substance is used to piece back together the same cut of meat that has fallen apart. Many restaurant industry experts also argue that most chefs take great pride in their work, great pride in contributing to their customer’s diets, and would never pass something off as a fake.

RELATED READING:  Obesity and the Effect on Intelligence Level

The American Meat Institute and the restaurant industry have said publicly that they endorse the use of the glue based on the fact that the United States Drug Administration considers it safe. The manufacturer of Transglutaminase, Ajinimoto North America has stated that they have no knowledge of any food safety issues connected to their product. Food critics on the other hand have suggested that glued meat is accepted within the industry because it is a money-maker. In other words, charge top price for a top cut, but make part of the serving a cheaper cut of meat to save money. The American Meat Institute says that isn’t what the product is used for. They have explained repeatedly that it is normally used to connect two triangle shaped cuts of meat into one uniform cut to make it easier to cook and serve.

California Senator, Ted W Lieu is an advocate for healthy food and is concerned about glued meat. In the spring of 2012 he sent a letter to the USDA outlining possible health issues with the glue, including allergic reactions and bacterial contamination. The Senator pointed out that if a food illness outbreak were to occur, it would be very difficult to trace the exact cause because different meat parts from different animals were used. It has been suggested that bacteria covered surfaces, where the meat is initially prepared could end up in the glued-together centre. When you order a rare steak, would it mean that the centre of the meat will not be cooked to a safe temperature thus increasing the risk of illness?

According to the National Institutes of Health, Transglutaminase occurs naturally in the human body. It’s a protein that cross-links enzymes in body tissues and body fluids. Scientists say these protein links create important structures in our bodies, like hair and skin. Research shows the protein allows for the mechanism of blood clotting to occur within the human body. Some medical experts believe that when transglutamanise levels are high in the body, certain neurological diseases like Huntington’s disease can occur.

When it comes to our diets many North American chefs say using meat glue for “structural novelty” dishes should be acceptable, especially when you consider that transglutaminase is a naturally occurring protein link in the body. They also are quick to add that it is not surprising that people might object to eating something with the word glue in it. As children we were always told never to eat glue so chefs suggest that the binding substance be re-named.