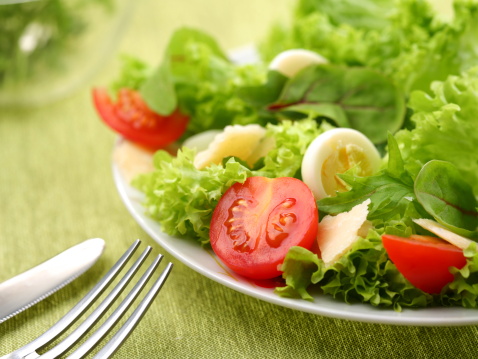 The Mediterranean diet is a diet that is based upon healthy eating as opposed to counting carbohydrates and calories and it has been followed for thousands of years by the residents of the Mediterranean coast. It is highly revered for its ability to promote good health and its consumption is associated with a reduced risk for obesity, diabetes, cancer, Alzheimer’s disease and cardiovascular disease as well as an increased lifespan.      In addition, a low carbohydrate version of the Mediterranean diet has been found to produce greater weight loss benefits then consuming diets that restrict fat and calories.    As if the above good health benefits of the Mediterranean diet were not enough, a new study published in The European Journal of Clinical Nutrition (March 2012), has found that the diet may also increase a person’s mental wellbeing and overall quality of life.

What This Diet Does to Support Good Health

Researchers from the University of Las Palmas de Gran Canaria and the University of Navarra analyzed the diets of over 11,000 University students over a four year time period. The participants filled out a 136-item food frequency questionnaire, which was used to categorize the adherence level (either low, low-moderate, moderate-high or high) of the diet amongst the participants.  At the end of the four year study, the participants were asked to fill out a questionnaire on their physical and mental wellbeing and overall quality of life.

The study revealed a significant association between adherence to the Mediterranean diet and an increase in vitality, social functioning, general health and emotional wellbeing.  Individuals who adhered to the Mediterranean diet closely also experienced an increase in physical functioning, and a reduced rate of bodily pain.  Patricia Henríquez Sánchez, researcher at the center in the Canary Islands and lead author of the study states “The Mediterranean diet is an important factor associated with better quality of life and can be considered as a healthy food model.”
Why This Diet is a Great Choice

According to the Mediterranean food pyramid main meals should always include three basic elements: cereals, fruit and vegetables and dairy products.  The main sources of protein should be fish, lean meats and eggs. Although monounsaturated fats such as those found in avocados and canola oil are encouraged, olive oil is recommended as the main source of fat due to its myriad of health benefits.  The pyramid also stipulates that 1.5 to 2 liters of water should be consumed daily and it endorses the consumption of wine (in moderation) as well as other fermented beverages.  On the other hand, sugar, sweets, pastries, cakes, and sweetened beverages, should be kept to a bare minimum, if one wants to reap the good health benefits of the Mediterranean diet.

The study did not investigate why the Mediterranean diet enhances mental wellbeing; however, it is likely due to a myriad of factors including its high antioxidant and nutrient content, its blood sugar balancing effects, and its emphasis on omega-3 rich foods, which play a crucial role in brain function.