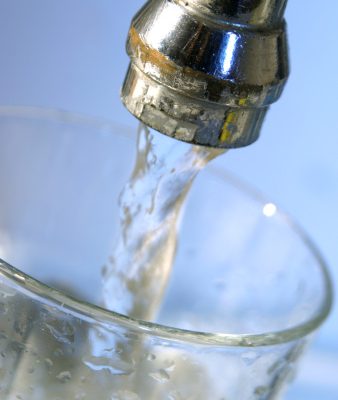 Proper intake of water is important for our health. It can help ward off health problems, flush out toxins, and aid our digestive system. However, in some cases it can be downright dangerous.

According to a report in the New York Times, scientific research shows that up to 19 million Americans fall ill every year from drinking tap water. The culprits are likely parasites, viruses, bacteria, and poisons.

Unless local officials declare a water emergency of some sort, we have no idea whether or not we are ingesting safe drinking water. Sewage treatment does decrease the number of disease carrying bacteria in waste water that is processed then re-entered into the system, but it does not eliminate them.

Law requires that residents receive safe tap water through proper treatment methods. Since 2004 however, reports indicate that close to 50 million Americans have been provided with water that contained illegal concentrations of bacteria and arsenic for example. Many other countries around the world, including Canada and the United Kingdom have experienced problems with tap water.

Arsenic is a natural element that can be found in rock, soil, plants and animals. Arsenic is poison and depending on how much is ingested into the body it can be fatal. In 2001 the Environmental Protection Agency (EPA) lowered the acceptable amount of Arsenic in U.S tap water, but water standard watchdogs say that there are still close to one-thousand water systems in the United States that are still not compliant. It is important to note that arsenic amounts are no-where near what they are in some third world countries where the water supply situation is at an emergency level.

There is a lot of controversy over fluoride in tap water. Most communities in both the United States and Canada have had fluoridated drinking water for 50 years or more; however, some people oppose it. They argue that fluoride can be toxic. One of the leading researchers on the subject, Dr. Phyllis Mullenix has linked regular exposure to fluoride to neurological deficit. Several studies have shown that fluoride can cause abnormal behaviour in rats. Despite these findings, there are many organizations that continue to promote fluoride in drinking water. They point to the benefits it has when it comes to dental health, and to years of research and scientific study to support their argument that it is safe.

One of the more startling discoveries in recent years has been the amount of pharmaceuticals found in the U.S water supply. An Associated Press investigation reported while the concentrations of drugs like, antibiotics, anti-depressants, anticonvulsants, and sex hormones are tiny, they do present questions about the impact of long-term exposure.

Pharmaceuticals pass through urine and the waste water goes through sewage treatment then some of that water makes its way back into the system. Water treatment facilities don’t normally release the results of pharmaceutical testing unless they are pressured to do so.

There is a long list of other contaminants that could make there way into your tap water. So what can you do? Find out as much as you can about your local water treatment plant, have your tap water tested, and as an added precaution, always use a water filter. There is no need to be afraid of your tap water, but it is always a good idea to play it safe for the good of your health and the rest of your family.