Home » Health News » This Essential Hormone Is on the Decline 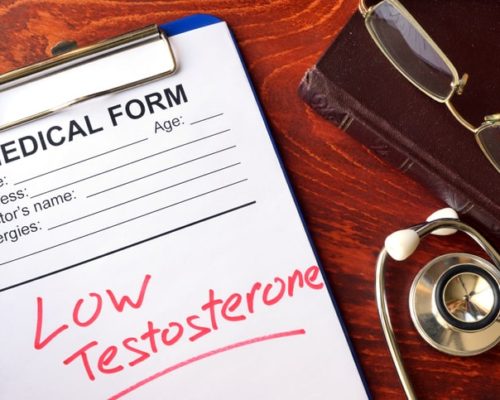 Testosterone is a key hormone in men, not only for libido and sexual health, but for strength, energy, and for promoting other typically male traits such as body hair. It is natural that men’s testosterone levels drop as they age, but researchers have found that modern men have less testosterone than men in the past.

For example, an American 65-year-old man in 1987 had nearly 17 percent higher testosterone than a 65-year-old man in 2004. But these findings are solely in America. A Danish study found similar results. Some sex councilors are also noting that their younger patients are complaining more about sexual concerns which are more commonly seen in older men.

Although today’s man has less testosterone than men living decades before them, the good news is that their levels are still considered normal. But it’s still important to monitor levels because if they become too low, then it can start to negatively impact health.

One study that looked at the link between testosterone levels and health uncovered that men with a testosterone deficiency (defined as 300 nanograms of testosterone per deciliter) had a higher risk of obesity, heart disease, high blood pressure, diabetes, and other diseases. It is important to note that the study did not reveal that low testosterone causes these diseases and conditions but is a contributing factor. For example, many of the activities and lifestyle habits that maintain testosterone levels also work to reduce your risk of many common diseases and ailments.

As of why men’s testosterone levels are decreasing through time, that is not fully understood. One possible discovery is that there are fewer smokers today then there were in the past and smoking is known to raise testosterone levels. But don’t take this as encouragement to start smoking. Smoking is still very harmful.

Lastly, there is growing research to suggest that pollution is a contributing factor to lower testosterone as well. Chemicals from medications and pesticides are entering our water causing fertility issues among fish. Researchers speculate the same is occurring among humans.

As mentioned, testosterone levels are still considered normal, but to ensure your levels remain healthy, ensure you are adhering to a healthy lifestyle to reduce your risk of low testosterone.