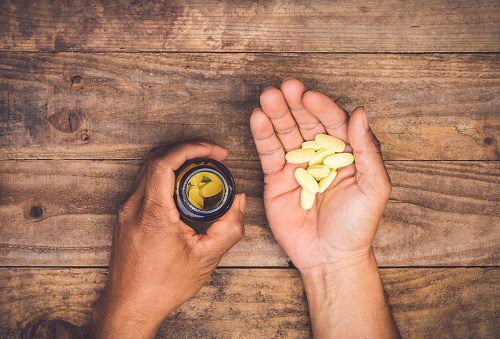 Taking a high dose of vitamin D within an hour of sustaining a sunburn has been found to decrease its severity.

In many places, as the seasons change, there is a large decrease in exposure to the sun. This often leads to vitamin D deficiencies that can, in turn, result in cases of seasonal depression when the deficiency becomes extreme. This is why it is widely suggested that people living in these climates take a vitamin D supplement when their exposure to the sun is at its lowest. There is a great deal of research behind the importance of maintaining vitamin D levels in the fall and winter, but until now there haven’t been any studies on the benefits of vitamin D on acute inflammation.

A new study from the Case Western Reserve University School of Medicine and the University Hospitals Cleveland Medical Center sought to investigate whether taking vitamin D after getting a sunburn can decrease its effects. The study included 20 participants. Each participant had a sunburn inflicted on their inner arm using a small UV lamp. An hour later, each participant was given either a placebo or a dose of vitamin D. Those given vitamin D took either 50,000, 100,000, or 200,000 IU. The researchers then followed up with the participants 24 hours, 48 hours, 72 hours, and a full week after they first received the sunburn. During each check-in, skin biopsies were collected from the participants.

The results of the study were even more positive than the researchers had anticipated. The benefits of taking the supplement were dependent on the amount of vitamin D that the participants ingested. The participants who took the highest dose of vitamin D after sustaining their sunburn saw long-lasting benefits from the supplement. The researchers had predicted that taking high doses of vitamin D would supress the burns by reducing inflammation in the skin, and the results validated this hypothesis. An unexpected finding of the study was that the vitamin D also activated certain genes that repair skin. This genetic component of the results has extremely promising implications for future research.

As this study is the first of its kind, it is not recommended that people take vitamin D as part of their sunburn aftercare routine just yet. The daily recommended dose of vitamin D is 400 IU and the doses used in the study were many times higher than that. There is not yet enough research to know the long-term effects of this potential remedy. Future studies will be done to determine the full potential of these findings. Scientists are also intrigued by what the results of this study could mean for treating other kinds of burns.

Related: Are you taking too much vitamin D?