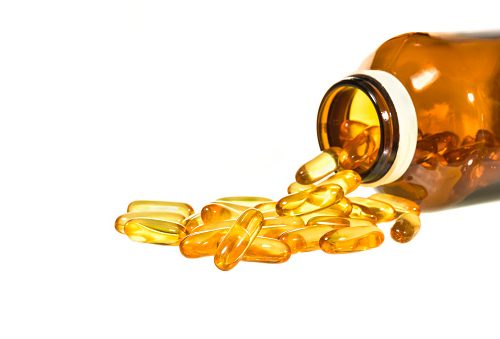 Being vitamin D deficient has been thought of as a risk factor for heart attacks, congestive heart failure, peripheral arterial disease (PAD), strokes, and other chronic diseases. It was thought that people deficient in this vitamin could lower their risk of cardiovascular disease by simply raising their vitamin D levels. However, according to a new study, taking high doses of the vitamin once a month won’t aid prevention at all.

The body produces vitamin D on its own when the sun makes contact with the skin. Perhaps because more people are choosing to stay indoors, or are using sunscreen liberally, there is a general deficiency among Americans today. However, there are other factors that contribute to vitamin D deficiency.

Researchers are not deterred, however, despite the study assessing more than 5,000 adults and finding that the vitamin did not provide the protective benefit they expected. Their thinking was backed by previous studies that reported low vitamin intake was associated with higher risk of heart disease. The research team, however, did not explore the effect of daily vitamin D supplementation.

“Our study only rules out monthly dosing,” said study lead author Dr. Robert Scragg, professor of epidemiology at the University of Auckland in New Zealand.

The theory that vitamin D is protective against heart disease has been around since the 1980s. Natural sources of the vitamin include ultraviolet radiation from the sun and foods such as fatty fish, fortified dairy, orange juice, and egg yolks. When researchers noticed that the rates of cardiovascular disease were much higher in the winter when the body had lower levels of vitamin D, the correlations were made. But Scragg admitted there is limited research on the topic.
In this new study, researchers tracked the heart health of about 5,100 adults. All of the participants were between the ages of 50 and 84 years old, with about one quarter being vitamin D deficient. Half were assigned to initially receive a high dose of vitamin D supplementation once a month—200,000IU— which was followed by a regular monthly dose of 100,000 IU. The other half of the group received a monthly regimen of placebo supplements. The study continued for three years, on average.

At the end of the study, researchers found that nearly 12 percent of both groups had developed some form of heart disease. They also saw that the risk of developing high blood pressure and experiencing a heart attack, stroke, heart failure, or angina was more or less the same whether or not a participant had begun the study deficient of vitamin D or not. They concluded that monthly high doses of vitamin D do not alter heart disease risk at all.

“However, the study’s conclusion should not deter consumers from taking vitamin D at levels recommended by their doctor or other health care practitioner,” said Duffy MacKay, senior vice president for scientific and regulatory affairs with the Council for Responsible Nutrition. “We also agree that further research on the effects of vitamin D in other doses is in order.”