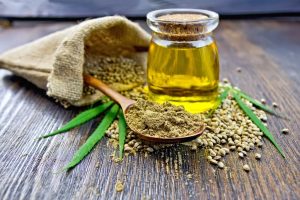 Marijuana has become quite the hot topic in recent years as more places continue to legalize it. There have been claims that marijuana can benefit health in several different ways including reducing pain and helping vision disorders. For some, marijuana may be a natural libido-booster.

It isn’t clear how marijuana boosts libido, but there are some theories.

Sex therapist Amanda Pasciucco explained, “People who use marijuana may have more sex because they put less pressure on themselves when they are high, so they don’t have the same performance anxiety as those who are sober. A small amount of marijuana may also help increase your ability to communicate your preferences to your partner.”

It is also believed that THC in marijuana triggers the area of the brain responsible for sexual arousal in females.

Peter Barsoom, the owner of a store trying to bring marijuana to the mainstream, explained, “Our body’s natural endocannabinoid system is key in regulating things like pleasure, pain, relaxation, and homeostasis. When it is activated by the cannabinoids in cannabis, it can leave users feeling relaxed with increased pleasure and decreased pain. This can lead to increased arousal and make sex even more enjoyable. For others, the reason is the increased pleasurable sensations that can arise with cannabis. This effect can make sex feel even more enjoyable.”

Every person is unique and their response to marijuana is unique too. What may be an aphrodisiac to one may cause anxiety in someone else, so using marijuana as a libido-booster may not be for everyone.

Furthermore, the dosage is also really important. Too much marijuana can cause a poor sexual experience and overall uncomfortable trip.

Marijuana can be consumed through edibles or smoked. When choosing an edible, choose something with a low dosage so that you will still be able to perform.

Currently, marijuana is legal in nine states and medicinally in 29 states, so if you happen to live in one of these states, then you may want to experiment with marijuana as a libido-booster.

Barsoom added, “Cannabis has been used as an aphrodisiac in many cultures for centuries. In India, it was used as far back as the seventh century. Its use for sexual health was documented in Chinese texts, amongst Germanic tribes, and by many African cultures.”

Make sure that if you’re trying marijuana, it’s from a place where it’s legal and the source is trusted in order to avoid any issues.