Home » Heart Health » Heart Attack and Stroke » Stroke vs. heart attack: How do you know if you’re having a stroke or heart attack? 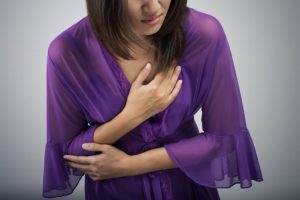 Understanding the differences between a stroke and a heart attack can help you get the appropriate help. They are both medical emergencies and can alter a person’s life, yet a stroke and heart attack are not exactly the same.

While they may be related, there is a difference between a stroke and a heart attack. Sadly, about every 43 seconds, someone in the United States suffers a heart attack. Approximately 800,000 Americans experience a stroke every year. So, how do we explain what distinguishes a stroke from a heart attack? Well, a heart attack happens when blood flow to part of the heart becomes blocked. Without oxygenated blood, heart muscles start to die. However, in the case of a stroke, the brain is impacted. The brain attack occurs when blood flow and oxygen to the brain is cut off. This can take place if a blood vessel that feeds the brain gets clogged or bursts.

Both heart attacks and stroke are leading causes of death in the United States and Canada. Quick treatment for both types of attacks is crucial for long-term positive outcome.

When we think about heart attack versus a stroke, we know that two different organs are at play, yet the risk factors for both are the same. The list below covers the common risk factors:

People who have atrial fibrillation or AF, which is a heart rhythm abnormality, also have an increased risk of stroke. During AF, the heart does not beat strong enough and blood can pool in the heart, forming a clot. If the clot breaks free and travels toward the brain, it can cause what is known as an ischemic stroke. In the case of an ischemic stroke, if an artery remains blocked for more than a few minutes, brain cells could die. This is the reason that immediate medical attention is so important.

Often, people are so surprised when they have a serious medical emergency. They are left wondering what causes a heart attack or stroke. When it comes to heart attacks, when a coronary artery becomes blocked or narrows too much, the blood flow is severely restricted or stops. Coronary arteries are crucial because they supply blood to the heart muscle. A blockage in an artery can occur if a blood clot stops the flow of blood. It also happens if too much cholesterol builds up in the artery and slows circulation or stops it. In terms of a stroke, a blood clot in an artery within the brain can cut of circulation to the brain. The carotid arteries are what carry blood to our brains. Any plaque build-up in the carotid artery can lead to a stroke. This is what we referred to above as an ischemic stroke; however, there is also another type of stroke called haemorrhagic stroke. This happens when a blood vessel in the brain ruptures and blood starts to seep into surrounding tissue. High blood pressure, which can strain the walls of arteries, can lead to a haemorrhagic stroke.

Signs of a heart attack or stroke

We all need to be aware of the symptoms of heart attack and stroke. It not only prepares us if we have an attack, it allows us to know when to react if a loved one shows the signs of a heart attack or stroke.

Some people who suffer a heart attack experience very mild symptoms or no symptoms, which is called a “silent heart attack.”

Here are some common stroke symptoms:

The symptoms of a stroke or heart attack can depend on the severity of the attack, a person’s age, their gender, or overall health.

Related: How to recover from a stroke quickly and naturally


Diagnosis and treatment of a heart attack or stroke

If you have a heart attack or stroke, a quick review of symptoms and medical history will be conducted. If it is a stroke, you will likely get a CT scan of your brain. This type of scan can show bleeding in the brain. You might also undergo an MRI. The list below covers some of the common stroke treatments.

Stroke treatment depends on the area of the brain involved and the amount of tissue damage sustained.

If you were to experience a heart attack, it would be a different approach to confirming the diagnosis. After noting the symptoms and family history, an electrocardiogram would check the health of your heart muscle. Blood tests would also be taken to check for enzymes that can indicate that you have suffered a heart attack. Additionally, a cardiac catheterization test can check for blockages. See some of the treatment options for heart attack below.

Following heart attack or stroke rehabilitation is very important, as is support from family and friends. For some people, recovery can be a long and frustrating journey, but sticking with a rehab program, which can include physiotherapy, occupational therapy, and cardiac therapy, as well as emotional support, can all make a big difference in overall outcome.