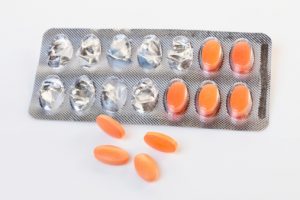 Hypercholesterolemia (high cholesterol) is often under diagnosed and under treated according to research findings. The researchers examined genetic variants causing familial hypercholesterolemia (FH) and compared their findings with de-identified medical histories of patients.

FH is caused by a defect in the body which makes it unable to remove bad cholesterol – LDL cholesterol. When LDL cholesterol cannot be removed it causes LDL to accumulate. If FH goes undetected it can increase the risk of death by early heart attack or even stroke in young persons. The study highlighted the extent of FH in the general population, and revealed that many FH cases go undiagnosed.

Director of clinical genomics Michael F. Murray explained, “The study shows us that FH is about twice as common as it was once thought to be, and that large-scale genetic testing for FH helps identify cases that would otherwise be missed. We now hope to use DNA sequencing to guide better management for patients.”

The researchers found that one in every 256 people has a disease-causing mutation, or variant, in one of the three FH genes. It revealed that patients with a deleterious FH gene variant had significantly higher LDL cholesterol compared to those without the gene variant. These patients also had a significantly higher risk of premature coronary artery disease.
Coauthor of the paper Noura Abul-Husn explained, “Being able to connect the patients’ de-identified medical records with their DNA data is an advantage that few others in this field have. Paired with the RGC’s unique technological and analytical resources, we are able to make meaningful discoveries that may advance the implementation of precision medicine today and the development of new or improved medicines tomorrow.”

The side effect of high cholesterol you didn’t know