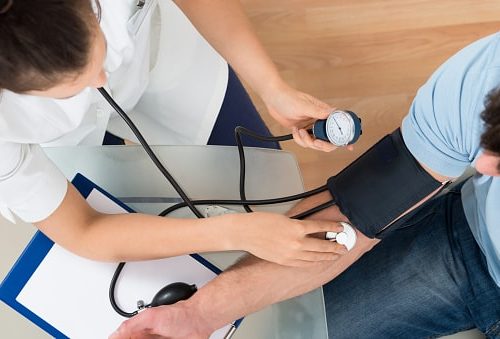 Proteinuria (abnormal proteins in the urine) is a common side effect of stroke, but there is little known about the connection between proteinuria and patients who also suffer from hypertension (high blood pressure) following a stroke.

The study examined 24,300 hypertension patients for a period of two years or more. On average, participants were followed up with for six or more years. The participants were all stroke-free at the start of the trial. For starters, the study found that proteinuria was approximately 25 percent more prevalent in patients with hypertension than those without.

The researchers concluded that the presence of proteinuria indicated a higher risk for the patients to have a stroke than if proteinuria were absent. They tested for proteinuria using a simple dipstick urine test.

The changing levels of proteinuria, from regression to progression, was a more accurate measurement of the indicated risk of stroke, with regression indicating a lower risk at that time and progression indicating a higher risk level. Each degree a patient’s proteinuria was decreased related to a 12 percent decrease in that patient’s risk of stroke.

Although the researchers’ dipstick testing method has a cost-savings advantage over more expensive testing for proteinuria, the authors of the study acknowledge the limitation this puts on their results. The dipstick test can fail to obtain a completely accurate measurement of proteinuria if it misses some proteins in the urine.

The researchers would like readers and medical practitioners to note the importance of these findings. As changes in proteinuria are an accurate indicator as to a hypertension patient’s risk of stroke, these measurements should be taken regularly as part of treatment for high blood pressure and patients put under special care when their risk of stroke is particularly high. The indication that a patient is at a greater risk of stroke is vital information for any doctor to obtain when attempting to treat a patient for hypertension.

Further research will be needed to determine if these findings have the potential to generate new treatment options for hypertension or stroke and if proteinuria is actually the cause for the increased risk of stroke in patients.