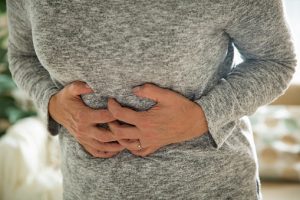 We all know that eating unhealthily can leave our digestive system feeling not so good. Eating processed and sugary foods often leaves you bloated, gassy, and may even cause constipation and diarrhea. Aside from eating junk food, researchers have found that there is another factor that can harm our digestion equally as bad or even worse than junk food. That one thing is stress.

The researchers found that female mice exposed to stress had changes in their gut microbiota, which looked similar to mice who fed a high-fat diet.

Researcher Laura Bridgewater explained, “Stress can be harmful in a lot of ways, but this research is novel in that it ties stress to female-specific changes in the gut microbiota. We sometimes think of stress as a purely psychological phenomenon, but it causes distinct physical changes.”

The researchers used a large group of eight-week-old mice who were split up, and half received a high fat diet. After 16 weeks, all the mice were exposed to low stress for 18 days. Microbial DNA was then extracted from the mice fecal pallets prior and post stress exposure, along with measuring mice anxiety.


Some interesting findings were presented, including that male mice on the high fat diet experienced greater anxiety and took part in less physical activity than the females. On the other hand, the female mice saw changes in their gut microbiota as a result of stress, which was similar to the changes saw in male mice fed a high fat diet.

Bridgewater continued, “In society, women tend to have higher rates of depression and anxiety, which are linked to stress. This study suggests that a possible source of the gender discrepancy may be the different ways gut microbiota responds to stress in males vs. females.”

This is just another reason why you should try and reduce stress in your life as much as possible.

Related: Is stress making you sick? Know the signs

Is stress making you sick? Know the signs