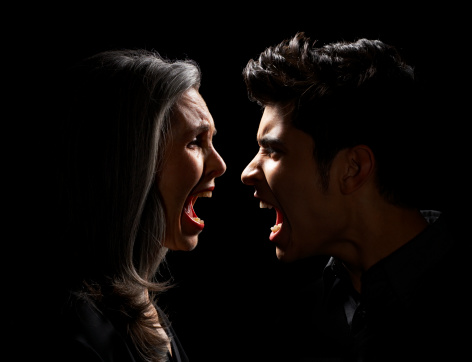 Males and females have obvious differences in appearance and anatomy, but they’re thought to function more or less at an equal level. But according to a new study, stress may have a dramatically different effect on male and female brains.

A new report from Rockefeller University, NY, has found differences in the brains of male and female mice and their response to stress. While only based on preliminary experiments, the researchers find this difference remarkable, as it occurred in a part of the brain not normally associated with sex differences.

“There is a need to include sex differences in neuropsychiatric research and endocrinology because men and women do respond differently to drugs,” says first author Jordan Marrocco.

Finding the best treatment for patients

This finding could have significant implications for the treatment of stress-related disorders, of which the pharmaceutical companies often treat in a similar fashion across both sexes. In fact, most clinical testing done on these medications are carried out on male participants, with little done on females.

The part of the brain playing a crucial role in the response to stress, memory, and mood is a region of the hippocampus known as CA3. This region was chosen as the focus of the investigation.

Using mouse models, male and female mice were subjected to a stressful take that forced them to swim for six minutes. Then a method called TRAP was used to look at how genes in each mouse’s CA3 region responded.

A clearly large genetic difference was found, with as many as 6,000 genes being altered by acute stress in females, and just under 2,500 genes altered in their male counterparts.

Additionally, the researchers found “overlapping” genes that were affected in both sexes, underscoring just how huge the difference was initially found to be. These genes were also discovered to behave in opposite ways in males and females, with some activated by stress in males while being suppressed by stress in females, or vice versa.


Testing on a genetic level

Further experiments involving mice carrying an engineered variant of the BDNF gene also took place. The BDNF gene in humans is known for increasing the risk of developing stress-induced neuropsychiatric disorders. After subjecting mice to various tests that impact stress, it was found that females with the gene variant had impaired spatial memory, even without being stressed. Males with the mutation, also unstressed, did not show such deficits.

This discovery of biological differences between males and females in regard to stress levels may help scientists better understand how particular psychiatric disorders affect either of the sexes. While more research is required, the team believe they have taken a critical step in the right direction.

How to use essential oils for stress relief