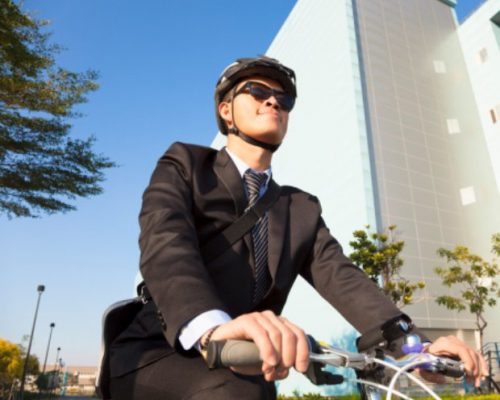 If you’re feeling stressed out and think that your work performance is on a steady decline, this new research will strike a chord. It suggests that cycling can help improve both of these symptoms. The researchers compared different methods of commuting to work and their effects on stress levels and work performance.

The researchers found that cycling to work is a good way to start off the day. Not only were people who biked to work less stressed, but they showed improvements in their work performance. Within the first 45 minutes at work, those who cycled saw improved stress levels and performance compared to those who commuted by car.

What was interesting is that regardless of transportation method, the researchers did not find a difference in mood.

They collected data from 123 employees through a technology company in Old Montreal. Respondents replied to online surveys regarding their mood, perceived commuting stress, and transportation for their commute.

The surveys were completed within the first 45 minutes of employees showing up to work.

Researcher Stéphane Brutus explained, “Recent research has shown that early morning stress and mood are strong predictors of their effect later in the day. They can shape how subsequent events are perceived, interpreted and acted upon for the rest of the day.”

Although there are some studies out there comparing cycling to other modes of transportation, this study aimed to fill in any gaps missing from those other studies. The researchers did confirm some previous findings that cycling is perceived to be a less stressful method of commuting.

Overall, cycling is a good form of physical activity. Furthermore, it is an effective way to improve the environment. A 2015 study found that cycling could help reduce CO2 emissions by 11 percent by 2050. It could also save the economy $24 trillion globally between 2015 and 2050 if more people would partake in it as a form of commuting.

In 2011, six percent of Canadians were commuting to work on a bike, but researchers suggest that this number is always growing.

Brutus concluded, “With growing concerns about traffic congestion and pollution, governments are increasingly promoting non-motorized alternative modes of transport, such as walking and cycling. I can only hope that further studies will follow our lead and develop more precise and deliberate research into this phenomenon.”

Cannabis proven to reduce stress, but only at the right dose