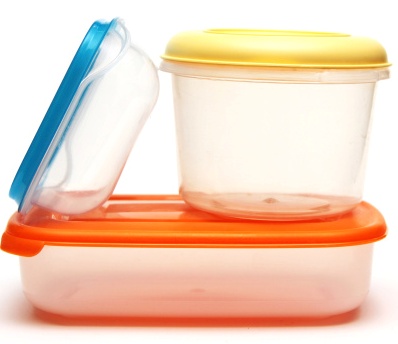 Our current busy lives prompts to be always on the go, including bringing meals and drinks that are often packed in plastic containers and easily tugged around the car, office, and the rest of the city.  Plastic food containers have become a common item for storing food because these are sturdy materials that not only hold our meals, but also prevent spillage, which can become a wardrobe emergency for office workers.  Plastic food containers are also easy to wash and reuse.  There has been an increase in concern for maintaining one’snatural health and thus preparing our own meals and placing these in plastic food containers has become a common activity for most of us.

Why This is an Emergency

The research report explained that BPA in plastic food containers are slowly leached out when these are washed and thus may enter the sewage and water systems of the community.  Drinking water from the tap might possibly contain BPA that may affect one’s natural health.  BPA may also contaminate the food stored in these containers and thus may enter our bodies each time we consume our packed lunches.  Bottled water is also usually supplied in plastic containers and thus these items may also release small amounts of BPA.  For reusable water bottles, BPA may also be present and its continuous use for water storage may thus impact natural health and pose a health emergency risk in the future.  Previous reports have described that BPA may affect the reproductive organs of the body, possibly affecting the natural health of the developing fetus during pregnancy.  Other reports have associated BPA with negative natural health, such as the development of cancer and major disorders.  Most medical emergency cases related to cancer and cardiovascular diseases require intense treatment to alleviate the symptoms of a patient.

A Threat to Natural Health

In order to directly assess existing reports on the amount of BPA in specific plastic containers, the proponents of the study examined water bottles for the presence of BPA.  The investigators investigated bottled water collected from different continents around the world, including that of North America, Asia, and Europe.  This study was conducted in order to determine the extent of emergency measures that need to be done in case the natural health of society is found to be at risk to the effects of BPA in plastic containers.

The results of the study showed that the BPA content of bottled water in the three continents extensively varied.  Bottled water in North America appeared to have the lowest amounts of BPA, followed by those reported in Europe, and lastly, in Asia.  However, the study emphasized that the levels of BPA detected in these continents were based on the established detection limits of the government’s screening system of pollutants and hazardous chemicals.  It may thus be possible that despite the passing rate of these BPA levels in all three continents and the absence of emergency precautions against this pollutant, the presence of BPA in bottled water may still impart negative effects on natural health.

There is still a need to fully examine the effects of BPA on human health to prevent the occurrence of a medical emergency in the future.  However, there is also a need to determine the duration of exposure to BPA in order to establish a strong correlation between exposure and the resulting damages to human health.  For example, the effects of mutagenic chemicals in cigarette smoke on natural health generally only appear after decades of exposure.  A similar trend may also be observed in BPA present in plastic food containers, in which its effects on natural health might only be observed after 20 or 30 years of exposure.  Medical emergency relating to cigarette smoking or BPA exposure is thus unlikely, but the eventual effect on the body may be serious.

The medical report has suggested that biomonitoring programs should be designed by health departments to regularly determine BPA levels in the sewage system, as well as in major organs of the body.  These activities may help maintain good natural health, especially when only small amounts of BPA are involved in every exposure.  It may also be helpful to design emergency schemes for BPA toxicity, which may involve certain individuals who may develop sudden reactions to the industrial chemical when using plastic food containers.  Emergency medical treatment is usually required for individuals who experience sudden allergic attacks to specific chemicals.