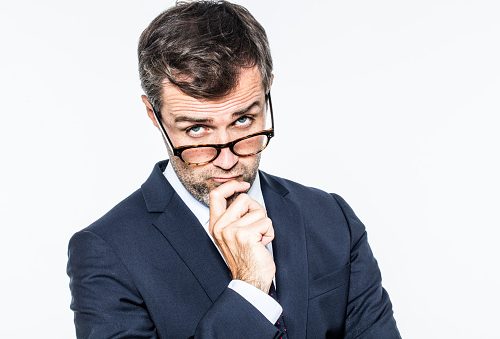 We all make snap judgments about people even if we haven’t met them. This is called stereotyping, and depending on the context, our stereotypes can either be good or bad. A new study finds that people with higher cognitive abilities are more likely to learn and apply social stereotypes. However, they also have the ability to more easily unlearn them when presented with new information.

The researchers say that these individuals are more adept at picking up subtle patterns that aren’t obvious to the average person. However, their stereotyping associations can be challenged when new patterns arise.

“Superior cognitive abilities are often associated with positive outcomes, such as academic achievement and social mobility,” said the study’s lead author David Lick, a postdoctoral researcher in New York University’s Department of Psychology. “However, our work shows that some cognitive abilities can have negative consequences—specifically, that people who are adept at detecting patterns are especially quick to learn and apply social stereotypes.”

Recognizing patterns is how we learn

Learning can be boiled down to patterns. Whether learning a new language, recognizing faces, or detecting emotions, there is usually a commonly followed pattern that makes these domains easier to understand.

However, the researchers do see how pattern recognition can be negative in regard to social bias.

“Stereotypes are generalizations about the traits of social groups that are applied to individual members of those groups. To make such generalizations, people must first detect a pattern among members of a particular group and then categorize an individual as belonging to that group. Because pattern detection is a core component of human intelligence, people with superior cognitive abilities may be equipped to efficiently learn and use stereotypes about social groups,” the authors note.

The researchers conducted a study of over 1,250 subjects who took part in various experiments. One such trial showed participants a series of male faces, some with wide noses and others with narrow noses. Each photo was also paired with a description of past behavior, either friendly or unfriendly.

The photos were purposely manipulated so that most males with wide noses were paired with negative stereotypes.


The ability to change with new information

After viewing the photos, participants played an online game that involved a partner represented by an avatar. Participants were tasked with allocating how much money was given to their partner, which the partner could then split between both parties however they wanted. Most importantly, these avatars were represented by photos that showed either a wide nose or a narrow one.

Those who scored higher on a test for pattern detection tended to behave in accordance with stereotypes—giving less money to partners with wide noses.

However, those with superior pattern detection were found to more easily update their stereotypes based on new knowledge, making them particularly susceptible to changing their bias.

“Finding that higher pattern detection ability puts people at greater risk to detect and apply stereotypes, but also to reverse them, implicates this ability as a cognitive mechanism underlying stereotyping. Our findings may help pave the way for future research that leverages pattern detection or other cognitive abilities for reducing social biases,” added study co-author Jonathan Freeman, an assistant professor in NYU’s Department of Psychology and Center for Neural Science.