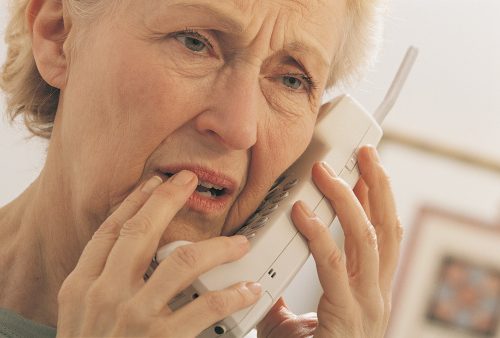 When seniors feel negative about aging it can lead them to have poorer cognitive function and hearing as they lose confidence in their abilities, according to new findings from the University of Toronto. Lead author, Dr. Alison Chasteen, said, “People’s feelings about getting older influence their sensory and cognitive functions. Those feelings are often rooted in stereotypes about getting older and comments made by those around them that their hearing and memory are failing. So, we need to take a deeper and broader approach to understanding the factors that influence their daily lives.”

Views on aging, self-perception of one’s abilities to hear and remember, and the actual performance of both functions were all examined in 301 participants between the ages of 56 and 96. Participants completed hearing tests and recall tests to determine memory function. After the tests were completed they were asked questions and told statements in relation to their own perception of their abilities on the two tests. For example, they were asked to agree or disagree on statements such as, “I am good at remembering names.”

Views on aging were assessed by asking the participants to imagine 15 scenarios and rate their concerns regarding each. For example, they were asked to imagine that they were in a car accident and how worried they would be if they were blamed for it. Dr. Chasteen added, “Those who held negative views about getting older and believed they had challenges with their abilities to hear and remember things, also did poorly on the hearing and memory tests.”

“That’s not to say all older adults who demonstrate poor capacities for hearing and memory have negative views of aging. It’s not that negative views on aging cause poor performance in some functions, there is simply a strong correlation between the two when a negative view impacts an individual’s confidence in the ability to function,” said Dr. Chasteen.

A senior’s feelings about their own abilities should be considered when they are being evaluated for hearing and memory abilities as it could affect how well they perform both. “Knowing that changing how older adults feel about themselves could improve their abilities to hear and remember will enable the development of interventions to improve their quality of life,” Dr. Chasteen concluded.