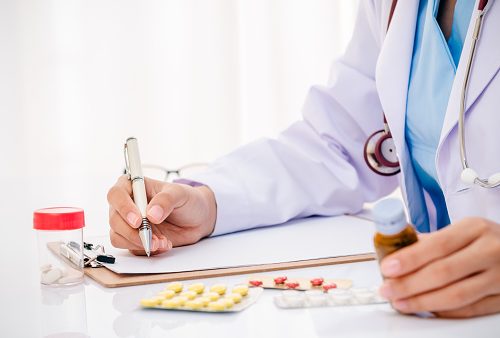 Of the most common neurodegenerative diseases affecting humans, Alzheimer’s disease ranks at the top. It essentially strips a person, albeit over a long period of time, of what makes them human—robbing their cognitive abilities. Its origins are still relatively unknown—all we know is that some people have a genetic predisposition to Alzheimer’s and that other factors possibly increase risk. However, a new study by Tel Aviv University published in the Journal of Alzheimer’s Disease found that there is a link between insulin resistance and a more rapid decline in cognitive performance.

Insulin resistance is typically a term used in regards to diabetic patients and is associated with abnormalities of the vascular system. Insulin resistance correlates to an accelerated cognitive decline in executive function and memory for both diabetic and non-diabetic individuals, according to the study.

Insulin is a vital hormone for human health and survival. When resisted, fat, muscle, and liver cells are prevented from easily absorbing glucose—a valuable energy resource. This underutilization of glucose results in its build up in the bloodstream, leading to pre-diabetes, diabetes, and a whole slew of problems that those illnesses bring.

These newly reported research findings were the product of nearly two decades of study and research, with researchers following a group of nearly 500 patients with existing cardiovascular disease for more than 20 years. They first assessed the patients baseline insulin resistance using HOMA—Homeostasis Model Assessment—which is calculated using fasting blood glucose and fasting insulin levels. The cognitive assessment comprised of a computerized battery of tests that examined memory, executive function, visual spatial processing, and attention. There was a follow-up 15 years after the beginning of the study and then again after another 5 years.
After adjusting for confounding factors, the results demonstrated a link between cognitive decline and increased levels of insulin resistance. The data showed that individuals who placed in the top quarter of the HOMA index were at an increased risk for poor cognitive performance and accelerated cognitive decline compared to those in the remaining three-quarters of the HOMA index.

This study lends credence to the pursuit of further research to test the cognitive benefits of interventions such as exercise, diet, and medications for improving insulin resistance. The team at Tel Aviv University will continue to explore this newly found relationship, as well as the vascular and non-vascular mechanisms by which insulin resistance affects cognition and contributes to Alzheimer’s.