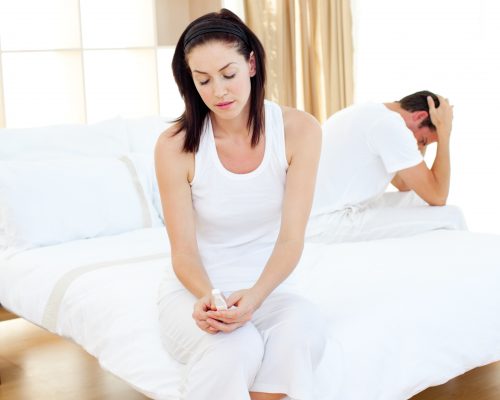 In the U.S., April is STD Awareness Month, which brings to light such issues like candida yeast infection, chlamydia, gonorrhea, and Reiter’s syndrome. A sexually transmitted disease (STD) is an illness passed on through sexual intercourse. Although many STDs are treatable, some of them can lead to other health complications if not addressed early on.

Prevention is the key when it comes to avoiding an STD. That means, having safe sex (using a condom) and having open discussions with your partner about their sexual history and whether they have had or currently have an STD.

Here are Bel Marra Health’s news articles on STDs to help raise awareness of the condition. Although many individuals believe STDs are simply a young person’s problem, it is actually becoming a growing problem among seniors, so keep yourself educated in order to stay safe.

Pelvic inflammatory disease (PID) is caused by sexually transmitted diseases. A PID is caused by either an untreated STD, having more than one sexual partner, having sex with a partner who has had numerous partners with a history of PID, being sexually active under the age of 25, douching, or using an intrauterine device (IUD) as a method of birth control.

You can lower pelvic inflammatory disease risk factors by being in a long-term monogamous relationship with a person who has been negatively tested for STD, and using latex condoms correctly.

There is currently no test specific for PID, but your doctor can diagnose it based on your signs and symptoms, along with medical test results. Symptoms of PID can range in severity from fairly mild to quite severe. Symptoms associated with PID include:

These symptoms may overlap with a urinary tract infection – another health issue, which can lead to complications if untreated – and so it’s important you see your doctor to distinguish between the two. Continue reading… 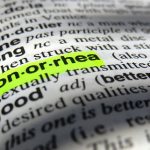 STDs (chlamydia, syphilis, and gonorrhea) on the rise in USA: CDC

In spite of recommendations from the CDC and the United States Preventive Services Task Force (USPSTF) for annual chlamydia and gonorrhea screening for sexually active women below 25 years, far too many women are not tested and, therefore, don’t know they are infected.

An interesting finding is that the overall increase in 2014 was due to an increase in the male strike rate for the three diseases. Continue reading… 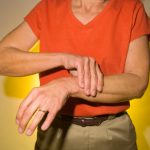 If chlamydia is not treated, it can become a serious health issue and cause detrimental effects to the female reproduction system or lead to a deadly ectopic pregnancy – where the pregnancy occurs outside of the womb. Continue reading… 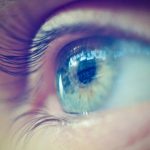 Ocular syphilis can occur at any stage of syphilis, may cause blindness

Ocular syphilis can occur at any stage of syphilis, and it may cause blindness. Syphilis is a sexually transmitted disease caused by the bacterium Treponema pallidum. Syphilis is a treatable condition, but if left untreated or if not properly treated, it can lead to other health complications.

Syphilis can come in several stages: primary, secondary, and latent and late stage. In the primary stage, a single chancre is present, but other sores may be present as well. If treatment begins in the primary stage, the chancres will last between three to six weeks. Without treatment, syphilis will develop into the other stages. 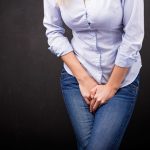 Self-diagnosed candida yeast infection may be confused with sexually transmitted diseases (STDs) showing similar symptoms. Although this yeast infection – commonly caused by the overgrowth of a fungus known as candida – is not life-threatening, it can be painful, itchy, and a nuisance. Taking the time to get properly diagnosed can end the misery much sooner instead of resorting to over-the-counter medications to treat what you think it could be.

Most women will experience at least one yeast infection in their lives. Menopausal women in particular are at a higher risk for yeast infections, though women in all age groups can be affected.

The problem is, when women start feeling a burning, itchy sensation, they automatically think it’s a yeast infection when, it fact, it could be an early sign of an STD. Wrongfully treating an STD can worsen the condition and make it last much longer, which can increase the symptoms and frustration as well.

Aside from STDs, symptoms similar to a yeast infection could also be a chemical irritation or allergic reaction, and this is why it’s so important to go see your doctor when symptoms arise in order to receive proper treatment.

To know the difference between a yeast infection and another infection or reaction, it’s important to know the symptoms of a vaginal yeast infection, which include itchiness, burning, redness, swelling of the vagina and vulva, thick, white vaginal discharge, and pain during intercourse or urination.

If a women with a yeast infection receives treatment right away, the infection can go away in a few weeks, but without proper treatment it can linger much longer.

The good news is, there are plenty of prescription and over-the-counter medications for yeast infections to easily cure it. Furthermore, yeast infections do not increase your risk for other illnesses.

Overall, if you start experiencing yeast infection symptoms, have yourself checked out regardless of whether it is your first yeast infection or a recurring one, in order to better rule out any other possible health issue. Continue reading…