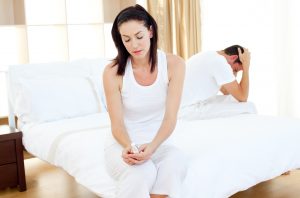 Pelvic inflammatory disease (PID) is caused by sexually transmitted diseases. A PID is caused by either an untreated STD, having more than one sexual partner, having sex with a partner who has had numerous partners with a history of PID, being sexually active under the age of 25, douching, or using an intrauterine device (IUD) as a method of birth control.

You can lower pelvic inflammatory disease risk factors by being in a long-term monogamous relationship with a person who has been negatively tested for STD, and using latex condoms correctly. 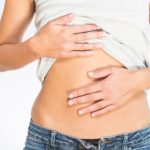 There is currently no test specific for PID, but your doctor can diagnose it based on your signs and symptoms, along with medical test results. Symptoms of PID can range in severity from fairly mild to quite severe. Symptoms associated with PID include:

These symptoms may overlap with a urinary tract infection – another health issue which can lead to complications if untreated – and so it’s important you see your doctor to distinguish between the two.

If caught early, PID can be cured. But if damage has occurred, unfortunately, it cannot be reversed through treatment. The longer PID goes untreated, the more damage can occur to the reproductive system, ultimately leading to infertility.

Antibiotics can be prescribed and should be taken until completion, even though the symptoms may have gone away. If your partner has an STD, they also should receive treatment in order to prevent future occurrences of PID.

Complications of PID include:

If you begin to experience any of the symptoms listed above, speak to your doctor immediately, so treatment can begin right away in order to reduce your risk of complications associated with PID.

According to the World Health Organization, infertility affects between 50 and 80 million people worldwide, and half of infertile couples fail to reproduce because of problems with the man’s fertility. The medical definition of infertility is “the failure to conceive following twelve months of unprotected intercourse.” Continue reading…