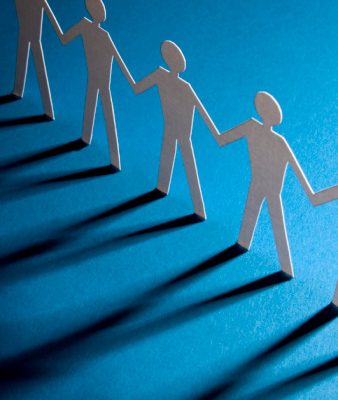 According to the World Health Organization, infertility affects between 50 and 80 million people worldwide, and half of infertile couples fail to reproduce because of problems with the man’s fertility.

The medical definition of infertility is “the failure to conceive following twelve months of unprotected intercourse.”

Causes of male infertility range from impotence to premature ejaculation to inadequate semen or sperm quality. Approximately one in 1000 men are infertile because of spermatogenic failure.

Lifestyle factors, such as smoking, excessive exercise, stress, alcohol consumption, drug abuse and sexually transmitted diseases (STDs) can account for some of the infertility problems experienced by men. But researchers say the causes of spermatogenetic failure found in most cases of male infertility remain largely unknown.

According to Sherman J. Silber, M.D., director of the Infertility Center of St. Louis and author of How to Get Pregnant, “modern geneticists have concluded that … most mutations that lead to species evolvement and evolutionary change occur almost exclusively in men.”

This is because roughly “100 to 200 million sperm are produced every day in the testes of the average fertile man, [whereas] a woman has all the eggs she will ever have at birth. Mutations occur only when cells divide and produce inaccurate copies of genes.”

A study published in April 2008 by the Department of Nephro-urology, Nagoya City University Graduate School of Medical Sciences, Nagoya, Japan, addresses the future prospects of gene therapy for men. According to the study’s abstract, researchers predict that “gene therapy will enable a revolutionary advance for reproductive treatment and provide great benefit for patients with male infertility in the future.”

New Cause of Male Infertility Discovered

In 2011, a new cause of male infertility was discovered by University of California, Davis, researchers in a study conducted by Gary N. Cherr, Theodore L. Tollner et al. Their findings were published in the July 20, 2011, edition of the online journal Science Translational Medicine.

The research team indentified a defective male gene for the protein known as DEFB126 and discovered that some men carry two defective copies.

Under normal conditions, this protein helps sperm swim through cervical mucus and avoid the immune system in order to fertilize an egg. But when mutant copies of the gene are present, the protein is not produced; and without the protein to coat the sperm cells, the sperm gets stuck and is unable to navigate its way to the egg through the mucus.

Can Male Infertility be Cured?

The discovery of this mutation is good news for future treatment of male infertility.

Once a test is developed to detect the mutation, infertile couples can avoid a battery of unnecessary tests searching for other causes, and an appropriate treatment, such as in vitro fertilization (IVF) or intracytoplasmic sperm injection (ICSI), can be selected immediately. IVF does not require sperm to swim through cervical mucus, and with ICSI, the woman’s eggs are removed and directly injected with sperm.

But even better than IVF or ICSI, preliminary research indicates that it may be possible to add synthetic forms of the missing protein to sperm by concentrating the protein in a cream, foam or gel applied directly to the vagina. The sperm would then pick up this coating as it advances into the cervix. Once developed, this non-invasive treatment would, ideally, be available as an at-home kit.

Cherr believes this method of helping infertile couples to conceive is not that far off.