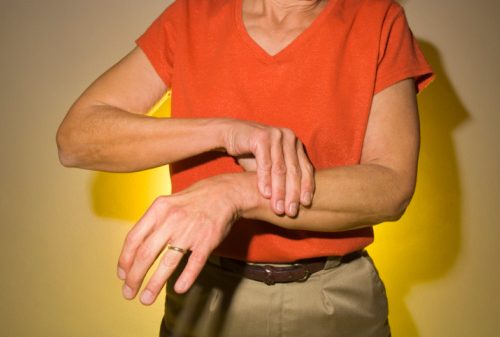 Reiter’s syndrome – reactive arthritis – is an inflammatory arthritis that affects joints, eyes, urethra, and the skin. The swelling in reactive arthritis is commonly caused by an infection in another part of the body, most commonly the genitals, urinary tract or intestines.

Reiter’s syndrome is actually a specific form of reactive arthritis that primarily affects the eyes, urethra and joints. It most commonly affects sexually active males in their 20s to 40s. Individuals with HIV are at higher risk of developing Reiter’s syndrome.

Symptoms of Reiter’s syndrome are:

Chlamydia is a sexually transmitted disease that can affect both men and women. It is spread through sexual intercourse.

If chlamydia is not treated, it can become a serious health issue and cause detrimental effects to the female reproduction system or lead to a deadly ectopic pregnancy – where the pregnancy occurs outside of the womb.

Physical therapy, too, may be utilized to boost joint function.

Unlike other forms of arthritis, reactive arthritis is treatable and recovery can occur within four months time. If left untreated, complications can emerge and lead to inflammation of the heart and spine, glaucoma, feet abnormalities and an accumulation of fluid in the lungs.

Although genes plays a large role in reactive arthritis, it can be better prevented by practicing safe sex (i.e. wearing a condom) and ensuring food is cooked, handled and stored properly.

Senior citizens and STDs – not so uncommon

Preventing arthritis in hands with exercise and natural remedies