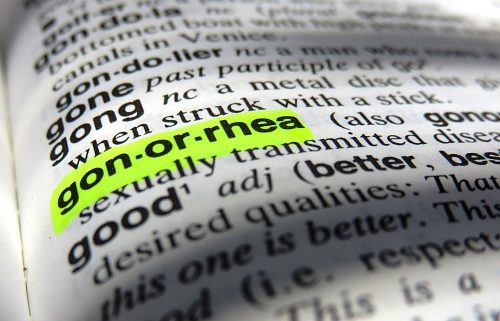 In spite of recommendations from the CDC and the United States Preventive Services Task Force (USPSTF) for annual chlamydia and gonorrhea screening for sexually active women below 25 years, far too many women are not tested and, therefore, don’t know they are infected.

An interesting finding is that the overall increase in 2014 was due to an increase in the male strike rate for the three diseases.

According to Jonathan Mermin, M.D., director of CDC’s National Center for HIV/AIDS, Viral Hepatitis, STD, and Tuberculosis Prevention, the worsening STD epidemic in USA is a clear call for better diagnosis, treatment, and prevention. According to him, the current data suggests an increasing prevalence of STD among gay and bisexual men.

Gay and bisexual men face a combination of social, epidemiologic, and individual risk factors that can fuel high levels of STDs. Higher prevalence of infection within sexual networks increases the chance of getting an STD with each sexual encounter. Additionally, lack of access to quality health care, homophobia, or stigma all serve as barrier to receiving STD services.

CDC recommends screening at least once a year for syphilis, chlamydia, and gonorrhea for all sexually active men who have sex with men.

To reduce STDs, Americans must take steps to protect themselves. However, once the symptoms manifest, it is best to see a doctor immediately and commence treatment at once.

While syphilis is easy to cure in its early stages, there are no home remedies or over-the-counter drugs that will help give relief. The most commonly prescribed drug is a single intramuscular injection of long acting Benzathine penicillin G. Three doses at weekly intervals is recommended for individuals with late latent syphilis or latent syphilis. While the drug itself will kill the syphilis bacterium and prevent further damage, it will not repair damage already done.

Persons who receive syphilis treatment must abstain from sexual contact with new partners until the syphilis sores are completely healed. Persons with syphilis must notify their sex partners so that they also can be tested and receive treatment if necessary.

Chlamydia can be treated with a variety of antibiotics, including azithromycin, tetracycline, and erythromycin. Erythromycin and azithromycin are safe in pregnant women.

Both sexual partners must be treated simultaneously to prevent passing the infection back and forth between them, even though both may not have symptoms.

The important thing in gonorrhea is to avoid self-medication. It’s crucial to see a doctor to access current stage of the disease and further prognosis.  The CDC recommends the following treatments for uncomplicated gonorrhea.

A single shot of ceftriaxone 125 mg or a single dose of cefixime 400 mg taken by mouth are currently the recommended antibiotic treatment. But if you are allergic to ceftriaxone, cefixime, or penicillin, the next choice of antibiotic is Azithromycin (Zithromax) 2g in a single dose

The CDC also recommends against using a class of antibiotics called fluoroquinolones (ciprofloxacin, ofloxacin, or levofloxacin).

Persons with gonorrhea often also have a chlamydia infection. If a chlamydia culture was not done to rule out this infection, in addition to the gonorrhea treatment, the patient should also be administered a single dose of azithromycin (1g by mouth) or doxycycline 100 mg twice a day, by mouth for 7 days.

The most important thing to remember is that STDs are in most cases man-made. In the earlier days, they were rampant because of poor sex education. But in the late 90s and early 2000s, an awareness drive has helped curb these horrible diseases. Now, our modern lifestyle, with its lenient views on same sex intercourse, has again opened up new avenues for these bacteria and fungi to thrive. We have defeated STD before. We can do it again. All it means is for us to be honest, and take the correct precautions to stop the spread of these diseases.

If you’re a senior, you’re at higher risk for this…