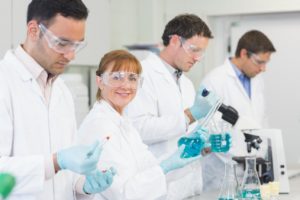 Cholesterol is a substance in the body that helps to build healthy cells and promote proper nerve and cellular function. While a small amount of it is required for sustainability, too much of it can lead to some detrimental effects such as atherosclerosis, heart attacks, and stroke.

Breast cancer is another condition affecting about one in eight American women in their life time and can lead to life threatening consequences if not recognized and treated as soon as possible.

For the longest time, an association between high cholesterol and lower rates of breast cancer has plagued medical professionals, as a definite relationship was seen but not formally documented. This lead to the design of a 14-year study to address this suspicion in depth.

The study in question followed more than one million women aged 40 or older between the years of 2000 and 2013. Participants were with or without a diagnosis of high cholesterol, separated into two groups. These groups were then compared for their rate of breast cancer development and subsequent mortality rates.

The researchers found that women with high cholesterol have significantly lower rates of breast cancer and improved mortality.

“Showing that patients with high cholesterol have a lower risk of developing breast cancer and subsequent mortality in a longitudinal study like this provides the strongest evidence for a protective effect, which is likely related to statins,” said Dr. Rahul Potluri, senior author.

This observation was quite striking to the researchers, as having high cholesterol led to a significant reduction in breast cancer risk. However, they assume that it is due to the treatment. The most common treatment for high cholesterol is the use of statins.

“Our research confirms that women with a diagnosis of high cholesterol have strikingly lower rates of breast cancer with improved death rates and survival. Building on previous research by us and other groups, including animal studies in which statins reduced the risk of breast cancer, this gives a strong indication that statins produce this protective effect in breast cancer,” said the lead author of the study Dr. Paul Carter.

Statin medication has long been known to decrease overall mortality rates as a cardiovascular medicine. Researchers have discovered that it may help prevent breast cancer as well.