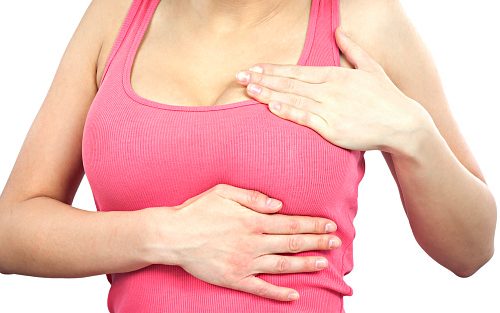 Breast cancer is one of the most common cancers diagnosed in women in the United States. About one in eight women will develop breast cancer over the course of their life, with an estimated 252,710 new cases of the invasive disease likely to be diagnosed in U.S. women in 2017. Breast cancer is expected to claim over 40,000 lives in 2017, and this type of cancer has the highest death rate among any other cancer besides lung cancer.

Breast cancer is often identified through the appearance of an abnormal lump or mass in the breast. There are several forms of the cancer, all with varying degrees of invasiveness. Unfortunately, it is still not well understood how and why breast cancer develops.

However, new research has discovered the role of a protein called Proline-rich Homeodomain (PRH), how it can promote progression of breast cancer tumors, and how it may even help predict the prognosis of cancer patients.

Discovery of an important protein

Previous studies have shown that breast cancer patients with a poor prognosis had decreased PRH gene activity. But there was no prior investigation into whether the amount of protein itself was a factor.

This was enough of a reason to explore the actions of PRH protein and its relation to breast cancer development.

In a laboratory setting, researchers used a special staining process on breast cancer tissues to observe the levels and location of PRH proteins in cancer cells. They confirmed that PRH proteins were reduced in breast cancer cells, leading to increased cell division and speedy tumor progression. Additionally, they identified that some PRH regulated genes specifically contributed to this increased cell division.
“We made the significant finding that high levels of PRH actually blocked the formation of the tumors, therefore our data suggests that PRH can block tumor formation in some breast cancers. We propose that monitoring PRH protein levels or activity in patients with breast cancer could be particularly important for assessing their prognosis,” said Dr. Padma Sheela Jayaraman, of the University of Birmingham’s Institute of Cancer and Genomic Sciences.

Potential for its role in other cancers

The researchers go on to say that PRH protein is known to be important in multiple cells types and that this discovery may actually extend into other forms of cancer. The team is currently investigating the importance of PRH in prostate cancer and cancer of the bile duct.