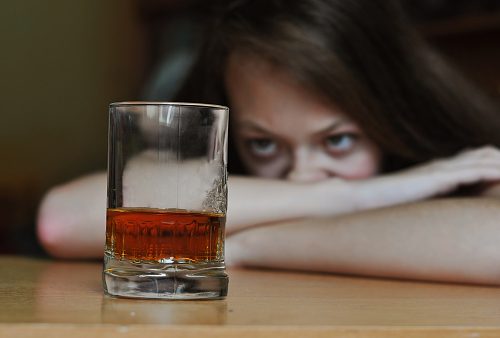 Enjoying alcohol from time to time has become a sort of rite of passage for most people. It can calm the nerves, put you in a great mood, and even provide enough confidence to tell people how you really feel; for better or for worse. Alcohol consumption has also been linked to several health benefits, such as a reduced heart disease risk and even a possibly reduced risk of diabetes. However, this may only be true for moderate alcohol consumption. Those who chronically engage in excessive drinking are at risk for various negative health complications, such as liver disease, pancreatitis, and certain cancers. Recent studies have concluded that alcohol consumption raises the risk of breast cancer in African American women.

“Alcohol is an important modifiable exposure, whereas many other risk factors are not… women who are concerned about their risk of breast cancer could consider reducing levels of exposure,” said lead author Dr. Melissa A. Troester, a professor of epidemiology and director of the Center for Environmental Health and Susceptibility in the Gillings School of Global Public Health at the University of North Carolina.

While the correlation between breast cancer and alcohol consumption has already been established, this link was established primarily using a Caucasian population. The researchers found it necessary to discern whether this risk extended to the African American female population as well, enrolling only African American women for the large study.

The study consisted of 22,338 women from the African American Breast Cancer Epidemiology and Risk (AMBER) Consortium, with participants reporting their alcohol consumption via questionnaires. Researchers found that women who drank seven or more drinks per week showed an increased risk for almost all subtypes of breast cancer. Women who drank 14 or more alcoholic beverages per week were 33 percent more likely to develop breast cancer than those who consumed four or fewer drinks per week.
The researchers also noted that African American women seemed to drink less alcohol overall, compared to Caucasian women, possibly due to religious restrictions or health-related reasons. In this particular study, 45 percent of women never drank at all and, interestingly, these “never-drinkers” were found to be more likely to develop breast cancer than those who were considered light drinkers. However, the researchers stress that this study does not identify the causes for a higher risk in those who never drink alcohol. Previous studies have shown a similar increased risk of developing breast cancer in those who never drank alcohol but implicate coexisting conditions, such as diabetes, that prompted them to avoid alcohol.

The researchers admit that more research is required to fully understand which risk factors for breast cancer most significantly impact each race and that this study included relatively few women who drank heavily. The results did provide consistency with previous findings indicating that excessive amounts of alcohol consumption are associated with an increased risk of breast cancer.