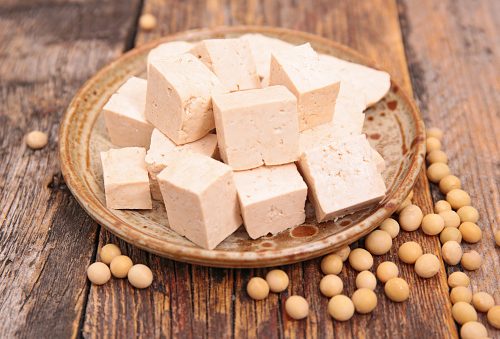 Breast cancer is a condition that plagues the mind of most women at one point or another. Discovering a lump on your breast can be frightening, as breast cancer is the most common invasive cancer in females worldwide, accounting for nearly 18.2 percent of all cancer deaths.

People have always said that your lifestyle and diet play an important role in cancer development, and the results of a recent study may help justify this notion.

Researchers have found that eating soybeans may be beneficial for some women with breast cancer.

Soy foods are rich in a compound called isoflavones, which are known for having estrogen-like properties. These compounds slowed the growth of breast cancer cells in lab studies. A connection has also been made in previous studies between a high intake of isoflavones and increased survival in breast cancer patients from Asian countries.

However, other studies have shown that isoflavones can reduce the effectiveness of some cancer therapies.

The researchers found that women who ate the highest amounts of the compound—equal to approximately one serving of soybeans per week (1.5 milligrams of isoflavones)—saw a 21 percent decrease in death.

The researchers note that this statistic was found in women with tumors without hormone receptors, which account for about one-third of breast cancer cases.

The researchers believe that isoflavones are not linked to increased rates of death in breast cancer patients, implying that they do not interfere with ongoing cancer treatments for the condition. However, they think that the benefits seen from this soy compound may not work in isolation, but instead, only have an impact as a component of an overall healthy and balanced diet.