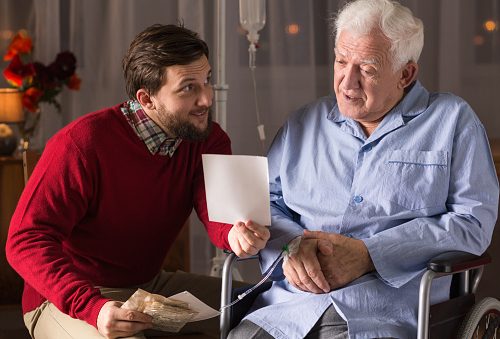 The Centers for Disease Control and Prevention suggest that although hospital deaths have decreased, at-home deaths have risen. Between 1999 and 2014, Alzheimer’s killed 25.4 people per 100,000—as mentioned, a 55 percent increase.

There are currently only four drugs approved to treat Alzheimer’s disease. However, there are many newer drugs still in their trial phase that are showing promise.

Alzheimer’s disease isn’t just difficult for the patient, but for the patient’s family and caregivers as well. As the disease progresses, the patient becomes more forgetful and their ability to perform tasks for themselves greatly diminishes, creating a stressful situation for all involved.

As of yet, there isn’t a way to completely prevent Alzheimer’s disease, but some suggestions include regular exercise, eating a healthy diet, and keeping your mind as active as possible.

If you notice these symptoms in yourself or a loved one, you should speak to your doctor. Even if it begins as mild cognitive impairment, it can very well progress into Alzheimer’s disease. So, early detection is the key.