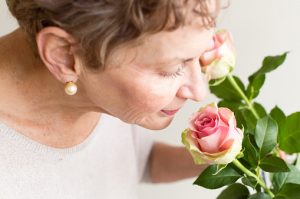 Scientists have discovered that the sense of smell declines dramatically in the early stages of Alzheimer’s, meaning that “sniff tests” may become a staple in the diagnostic process of this disease.

A recent study from the Perelman School of Medicine at the University of Pennsylvania has provided evidence that testing a patient’s sense of smell can aid in the early detection and diagnosis of Alzheimer’s, as well as a pre-dementia condition known as mild cognitive impairment (MCI).

MCI often worsens and progresses to Alzheimer’s in the span of a few years, meaning the detection of this condition could lead to better preventative treatments for Alzheimer’s disease. As there is an agreement within the medical community that the medications being developed to treat the cognitive disease may be less effective after it has set in, any means of early detection is vital to slowing its progression.

The study was headed by Dr. David R. Roalf of the University of Pennsylvania, and was performed by administering a commercial smell test known as the Sniffin’ Sticks Odor Identification Test. The study consisted of 728 elderly persons who were made to identify 16 different scents, as well as complete a standard cognitive test known as the Montreal Cognitive Assessment. Prior to the study, each participant was evaluated by neurologists and placed in one of three groups: healthy older adult, mild cognitive impairment, or Alzheimer’s dementia.

Dr. Roalf and his team were unaware of each participant’s assigned group and reviewed the cognitive tests on their own. They combined the cognitive tests with the results of the sniff test in order to attempt to place each subject in the correct group. The results showed that the accuracy increased with the addition of the sniff test, raising the correct percentage of classification from 75 percent (cognitive test alone) to 87 percent (cognitive test and sniff test).
Regarding the results, Dr. Roalf stated, “These results suggest that a simple odor identification test can be a useful supplementary tool for clinically categorizing MCI and Alzheimer’s, and even for identifying people who are at the highest risk of worsening.”

The results of this study show a connection between the diagnosis of Alzheimer’s and the decline in a patient’s sense of smell. Utilizing the sniff test in conjunction with existing diagnostic methods may increase the accuracy of correctly identifying Alzheimer’s at an earlier stage and, as a result, provide physicians with a better opportunity to treat patients according to their condition.