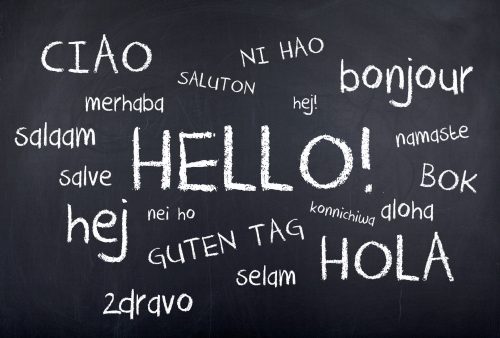 How many languages can you speak? If your answer is more than one, you’re likely to fare better against Alzheimer’s disease than those who are monolingual. The latest findings suggest that people with Alzheimer’s disease who are also bilingual perform better in short term and long term memory tests. Furthermore, brain scans reveal less severe deterioration in the brain among bilingual individuals compared to those who only speak one language.

The ability to speak two languages was found to offer greater protection from damage commonly caused to the brain by Alzheimer’s disease. Additionally, the more a person switched between languages throughout their life, the better they maintained thinking skills despite Alzheimer’s.

The researchers performed memory tests and brain scans on 85 seniors with Alzheimer’s disease, where 45 of the participants spoke German and Italian and 40 of them spoke only one language.

The brain scans offered some insight as to why this relationship may exist. The researchers found that bilingual individuals have greater functional connectivity in their frontal regions, which allowed them to maintain greater thinking abilities.

Frequently using two languages causes the brain to work harder, and over a lifetime, this leads to structural changes in the brain. This is why the brain may be more resistant to the effects of aging. Furthermore, bilingualism sets a person up with greater “neural compensation,” which is how the brain deals with its own degeneration and loss of neurons and finds alternative pathways to function.
Lead researcher Dr. Daniela Perani explained, “Our finding suggests that in bilingual patients with Alzheimer’s dementia both mechanisms are at play, since neuronal loss is accompanied by compensatory increase of connectivity, allowing bilingual patients to maintain high neuropsychological performance and cognitive functioning longer than monolingual [patients].”

The study offers insight not only into brain functioning, but also suggests a worthwhile way to strengthen the brains resistances to Alzheimer’s and other diseases. Dr. Perani continued, “Considering that delaying the onset of dementia is a top priority of modern societies, governments and health systems should be stimulated to activate social programs and interventions to support bilingual or multilingual education, and to maintain the use of more languages in aging.”