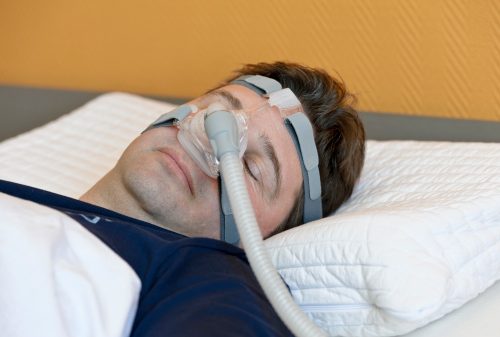 Apnea is a condition where breathing is halted for roughly 10 seconds or more and the person becomes wakes up to catch their breath.

Hypopnea is where breathing becomes shallow and is associated with oxygen desaturation or arousal.

In both cases sleep patterns are disrupted, leaving the individual feeling tired in the morning and can put excessive strain on the nervous system and other organs. 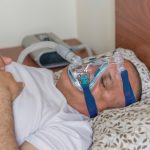 Lastly, mixed sleep apnea is when signs of both obstructive and central sleep apnea are present. 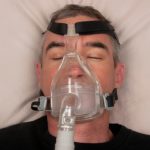 The link between sleep disordered breathing and stroke only came to light in the 1990s. Sleep apnea is commonly found in individuals after experiencing a stroke. Between 1996 and 2010 over 20 different studies showed an association between stroke and SDB. A 2010 analysis of 29 studies revealed that the type of stroke did not affect SDB prevalence, but individuals with multiple strokes had higher rates of SDB. Furthermore, males were more affected by SDB than women.

The latest findings also support that the use of a continuous positive airway pressure (CPAP) machine can help reduce the risk of recurrent stroke in those who have sleep apnea and a history of stroke.

Sleep apnea can cause brain damage

A study conducted by researchers at UCLA found that sleep apnea can cause brain damage. When oxygen intake is reduced to the brain it contributes to damage, and this is what researchers found to be true in patients with sleep apnea. Principal investigator, Rajesh Kumar, said, “We found that the blood–brain barrier becomes more permeable in obstructive sleep apnea, a breakdown that could contribute to brain injury, as well as potentially enhancing or accelerating the damage.”

Kumar concluded, “This suggests that besides improving breathing in obstructive sleep apnea patients, we need to repair or improve blood-brain barrier function, perhaps by using treatments already available for other conditions.”

Key symptoms and factors of SDB include being obese and reporting excessive daytime sleepiness – but sometimes these two factors are not present. In particular, in those with an underlying cardiovascular problem, symptoms may reveal themselves quite differently.

Depression in adults reduced with CPAP therapy for sleep apnea

Diagnosing sleep apnea in women may be helped by new symptom

Bedwetting has been found to be a helpful symptom when trying to diagnose post-menopausal women with obstructive sleep apnea, according to new findings. The lead author of the study suggests that nearly two percent of post-menopausal women suffer from sleep apnea – a condition where a person can stop breathing while they are asleep. Continue reading…