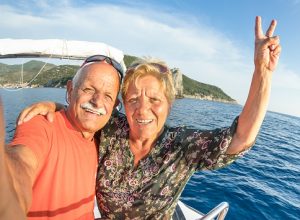 When it comes to living a long life, the rules are quite simple. Researchers suggest that it takes three main things and lifestyle habits to promote a long life. These include not smoking, watching your weight, and continuously learning new things.

The researchers also suggest that our genes play a role, too, when it comes to being able to make healthy choices.

Researcher Jim Wilson explained, “The power of big data and genetics allow us to compare the effect of different behaviors and diseases in terms of months and years of life lost or gained, and to distinguish between mere association and causal effect.”

The study analyzed genetic information from over 600,000 North Americans, Europeans, and Australians to determine how genetics affect lifespan.

The researchers found that some genes play a role in alcohol consumption and addiction. Smoking and traits associated with lung cancer have the biggest impact on longevity. The researchers suggest that smoking a pack of cigarettes a day over the span of a person’s life averaged a loss of seven years. On the other hand, quitting smoking provided individuals with a lifespan similar to those who have never smoked. Just another reason to quit!

People who are open to new experiences or learning also tend to live longer. Every year spent learning after school years elongated a person’s life by almost an additional year.

Differences in genes also impacted cholesterol levels, which can reduce a person’s lifespan. These differences also affected a person’s immune system, which can add roughly half a year to life expectancy.

President of A4M, Dr. Ronald Klatz explained, “Most of being a good Integrative Physician is simply having common sense. If your doctor hasn’t told you that living healthy keeps you healthy, your doctor should. Although genetics are important, your behavior and lifestyle choice still has the greatest bearing on how healthy you will age.”

This study further promotes the notion that healthy lifestyle habits do actually make a difference by adding more months and years to your life.

This is the secret to a longer life