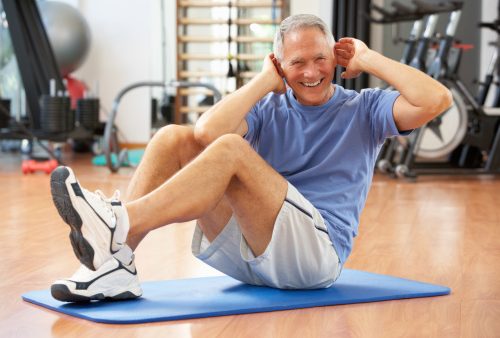 If you were active and exercised while growing up, then good news: research suggests that all that working out could still be benefitting you today. A study has found that bones retain a “memory” of exercise’s effects long after the exercise has been completed. Furthermore, this bone memory continues to change the way the body metabolizes a high-fat diet.

Bone health and metabolism were compared among rats who consumed a variety of diets and partook in different exercise routines. The researchers focused on messenger molecules that signal activity in genes in bone marrow.

High-fat diets are known to increase the activity of other genes that contribute to inflammation. In some cases, inflammation is good because it’s the body’s way of protecting itself. In other cases, though, long-term low-grade inflammation has been linked with numerous health problems and complications such as heart disease.

The researchers found that exercise altered the way the rats’ bones metabolized energy from food and changed energy pathways that disrupt the body’s response to a high-calorie diet.

Researcher Dr. Justin O’Sullivan explained, “What was remarkable was that these changes lasted long after the rats stopped doing that extra exercise—into their mid-life. The bone marrow carried a ‘memory’ of the effects of exercise. This is the first demonstration of a long-lasting effect of exercise past puberty. The rats still got fat, but that early extra exercise basically set them up so that even though they put on weight, they didn’t have the same profile of negative effects that is common with a high-fat diet.”


He explained that the findings may help researchers better understand the link between obesity and diabetes, and why some obese patients develop diabetes while others do not.

Co-investigator Professor Elwyn Firth added, “If you reach optimal bone mass early in life, you’re less likely to suffer from broken bones or other bone-related problems as an adult. Load-bearing from exercise and higher bodyweight is good for growing bones, but this and other evidence shows that if the extra weight comes from higher body-fat mass, bone development may be subnormal. Bone metabolism strongly influences energy metabolism in the body, and metabolism—what you do with energy from diet—is the central crux of why some children and adults become obese.”

The next steps for the researchers will be to repeat their study to determine if these changes last until older age, and to determine if different exercises and exercise duration alter other genes and how this affects fat metabolism.