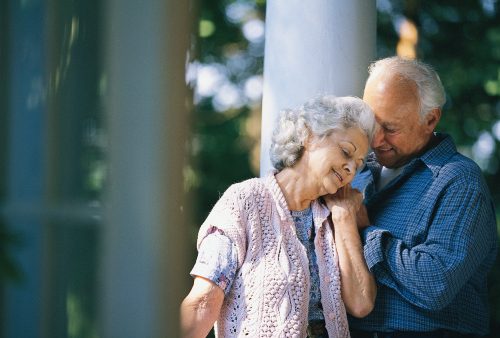 If you’ve been with your partner for decades then you may have begun to notice that the spark that was once there between you two is starting to fizzle. Unfortunately, with aging, many aspects of our lives begin to slow down – sex drive included. After being in a relationship for a long time, both partners start losing interest in sex. The good news is, it has been uncovered how you can regain the passion you once had and boost your libido.

According to the researchers at the University of Toronto, the secret to a healthy sex life in a long-term relationship is…hard work!

The study looked at over 1,900 participants in same-sex and heterosexual relationships who were surveyed about their relationship beliefs and their sexual satisfaction. Based on their responses, the participants were divided into two groups: sexual growth belief (sexual satisfaction is something you work on) and sexual destiny belief (sex will just happen as long as the partners are sexually compatible). The researchers found that couples who believed in working on their sex had a more satisfying, more committed-to-each-other sex lives.

Study author Jessica Maxwell explained, “We know that in long-term relationships, sex isn’t always going to be perfect, and sexual desire often declines. The individuals who are best prepared to handle these challenges are those who take a more pragmatic view of sex and are ready to work to make their sex life better.”
The takeaway from these findings is, if you want hot and steamy bedroom sessions no matter how long you’ve been with each other, you will be far more successful if you both put in the work into it, instead of leaving it up to destiny.

But what does “putting in work” mean? Keep the flame going all day long. Caring for each other outside the bedroom will bring you closer, which will translate into greater intimacy under the sheets. Open up the conversation about sex – a simple pillow talk can make a big difference. Don’t be afraid to get a bit adventurous and change up the regular way of doing things. And, most important, don’t despair and keep trying. Sooner or later, the good work will pay off.

5 ways to improve bedroom performance after 50

Over 65: How to spice things up in your bedroom