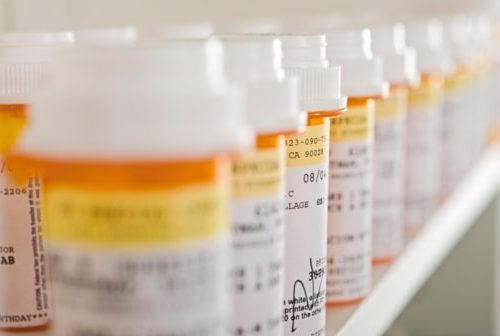 Prescription medications are intended to treat conditions that you have been diagnosed with, but some research suggests that certain medications may have a nasty and unwanted side effect.

A recent study suggests that certain medications may increase the risk of developing dementia.

Cases of dementia and Alzheimer’s disease are on the rise as the world’s population is aging, but medications may be playing a role in increasing these cases too.

The researchers focused on medications with anticholinergic effects. These drugs block acetylcholine, a chemical messenger, which affects muscle activity in the digestive and urinary tracts, lungs, and other areas of the body. It also plays a role in memory and learning.

Nearly all medications have some anticholinergic effect and estimates suggest that nearly half of older Americans are taking at least one type of medication.

Exampled of these types of medications include amitriptyline, paroxetine, and bupropion (depression medications), oxybutynin and tolterodine (overactive bladder medication), and diphenhydramine (antihistamine).

The researchers collected data from over 300,000 older adults and compared medication use and dementia diagnosis with those not diagnosed with dementia.

Although the findings of the study do offer some insight into a possible link between certain medications and dementia risk, the findings are not definitive and you shouldn’t stop taking prescribed medications unless otherwise instructed.

Furthermore, the study only looked at a large group and not individual risk factors which could increase a person’s risk for dementia.

If you’re concerned about your medications and memory, speak to your doctor.