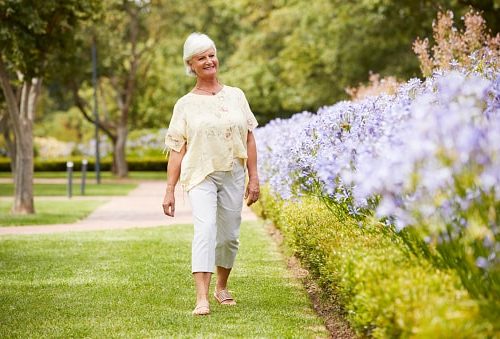 As of 2015, 46.8 million people were diagnosed with dementia across the globe and this number continues to rise. Currently, there is no cure for dementia and treatment options are limited, so identifying risk factors for the condition is highly important. If risk factors can be identified, the potential for preventing the disease becomes higher.

In recent years, research has turned to examine the relationship between physical attributes and activities and cognitive function, which can be an indicator of dementia risk.

The current study collected data from the English Longitudinal Study of Ageing. The participants included were 50 years of age or older and lived in communities. Data was collected between 2002 and 2015, with a follow up every two years.

The study population included 3,932 participants. The results showed that participants with a slower walking speed were more likely to develop dementia. The researchers also found that the participants who had the greatest decline in walking speed over the course of the study were also those at a greater risk of developing dementia.

It is still unclear whether this relationship between walking speed and cognitive function is significant only at the level where cognitive dysfunction becomes a problem or if the same associated is found in cognitively healthy populations. Further research will be needed to explore these implications fully.