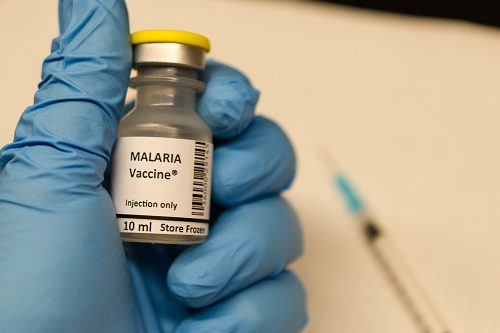 Malaria infects humans by invading red blood cells. Within each cell, the disease creates its own compartment, where it multiplies. The infection then breaks through the cell and infects other cells with its newly increased population. The parasites use multiple proteins in order to break through its internal compartment within the cell and also the cell membrane. After looking into these different proteins, scientists believe they may have found a way to inhibit the infection’s ability to continue its infection cycle.

A new study, done at the Francis Crick Institute and The London School of Hygiene & Tropical Medicine focused on identifying the key protein in this cycle. The researchers focused on the SERA5 protein, as it is the most abundant inside the infected cells. They believe that inhibiting this protein will slow down the infection’s ability to break through the double barrier it needs to escape from. This will slow down the spread of malaria to other red blood cells as well.

Once they identified the SERA5 protein and its important role in malaria’s ability to spread throughout the body, the researchers sought a way to inhibit it. Through genetic technologies, they uncovered the gene through which the SERA5 protein is made. Then they used tools to stop the production of the protein and waited to see the results on malaria’s reproduction rates. They used microscopes to record the cell activity and then watched the time-lapse videos to see the changes.


The results were not what they expected

Although the lack of the protein SERA5 did not stop the parasites from breaking through the internal compartment or the cell membrane, they broke through even faster without it. In fact, many of the parasites got stuck on their way out of the cell. This meant that they were not as likely to be able to invade and infect other cells.

Unable to survive for very long outside of the red blood cells they infect, it is possible that with this intervention, the malaria parasites would die before being able to infect other cells in the area.

Overall, the cells in which the gene that produces SERA5 was inhibited were only half as efficient at infecting new cells as the normal malaria-infected cells. Scientists are hoping that from this research, new medications and treatment options will become available for treating drug-resistant malaria. The researchers are already working with drug developers to produce the protein inhibiting medication, which would be the first of its kind to treat this disease.

Malaria risk lower when chicken is around