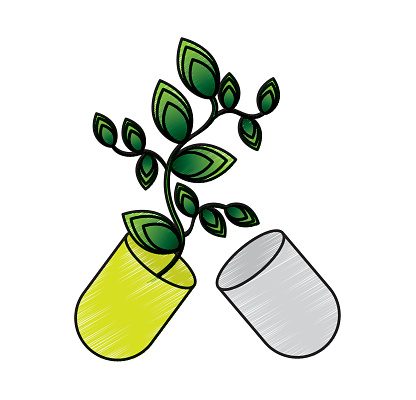 Anyone who has enjoyed hot summer days and warm summer nights knows all too well that warm weather brings with it an increase of bugs. And there is no insect we detest more than the mosquito. In fact, this tiny insect is considered one of the deadliest animals in the world, not for its fearsome bite, however, but for the diseases it carries. Malaria is one of these deadly diseases, claiming an estimated 660,000 lives every year, and it’s been resisting commonly used treatments—in a recent report, 18 critically ill patients in a Congo clinic failed to see any improvement with standard treatment. This was until the attending physician prescribed a not-yet-approved, plant-based malaria therapy, saving their lives in just five days.

Malaria is caused by a parasitic organism and transmitted through the bite of infected mosquitoes. Malaria is most prevalent in tropical and subtropical countries, with it being uncommon in temperate climates. Symptoms typically include fever, fatigue, vomiting, and headaches, with severe cases resulting in yellow skin, seizures, coma, or even death. The infection may, in fact, lay dormant in the body for weeks or months until symptoms begin to appear.

This disease is a real problem in less developed places of the world due to limited resources and lack of preventative measures. So, when the 18 critically ill malaria patients were not responding to conventional treatment—artemisinin-based combination therapy (ACT)—the doctor turned to treatment made from the dried leaves of the Artemisia annua plant, and in just five days, all 18 patients fully recovered. This treatment born out of necessity has now invigorated drug-resistant malaria research.

“To our knowledge, this is the first report of dried-leaf Artemisia annua controlling ACT-resistant malaria in humans,” the authors note “Successful treatment of all 18 ACT-resistant cases suggests that DLA should be rapidly incorporated into the antimalarial regimen for Africa,” they added, “and possibly wherever else ACT resistance has emerged.”
The 18 patients helped by this intervention ranged in age from 14 months to 60 years old, and all had severe malaria. A five-year-old patient even became comatose. All were treated with the first line medication for severe malaria but showed no improvement. The dried leaf Artemisia was in pill form and was being extensively studied by Pamela Weathers and her colleagues at Worcester Polytechnic Institute, Massachusetts. Using this not-yet-approved medication in such a dire circumstance is a risky maneuver, to say the least, but one that resulted in the recovery of all 18 patients, and lab tests showed they had no remaining parasites in their blood.

“These 18 patients were dying,” Weathers said. “So, to see 100 percent recover, even the child who had lapsed into a coma, was just amazing. It’s a small study, but the results are powerful.”

Weathers and her team admit a lot of work still needs to be done to understand the biochemistry of the plant’s compounds and their pharmacological activity, but they learned a lot from this incident and are excited at the potential of using dry leaf Artemisia against malaria worldwide.

Malaria risk lower when chicken is around

Zika virus vs Malaria, differences in symptoms, treatment, and prevention