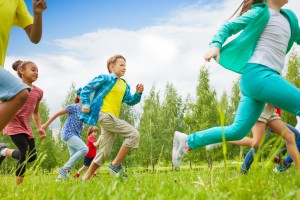 Tomorrow, February 29, 2016, is a rare disease day, which highlights some illnesses such as cystic fibrosis, abdominal aortic aneurysm, Ehlers-Danlos syndrome, and temporal arteritis. It’s important to bring awareness to these diseases in order to not only make the public more informed, but that more research on these diseases can continue growing so that better treatment options and, hopefully one day, a cure can be developed.

Here are some of Bel Marra Health’s news stories regarding rare diseases so that you can better educate yourself on these conditions and become aware of the associated risk factors to better protect you or your loved ones.

Cystic fibrosis (CF) patients suffer from infection and inflammation, but exercise has been shown to help enhance quality of life. There are numerous benefits from exercise for overall good health, but more so for those with cystic fibrosis.

Cystic fibrosis is a fatal genetic disease that currently does not have a cure. CF mainly affects the digestive system and the lungs, and its severity and involvement varies from person to person. Over time, cystic fibrosis causes destruction of the lungs, contributing to loss of lung function, which ultimately leads to death.

A study has found that exercise could have anti-inflammatory effects in cystic fibrosis patients. When a healthy person without CF exercises, the immune cells become activated and enhanced. When exercise is completed, the cells go into a tolerizing phase, where there is a reduction in responsiveness in immune cells.

Exercise has been shown to exert anti-inflammatory effects and is associated with a reduction in disease incidence and viral infection susceptibility.

Cystic fibrosis patients have a limited respiratory function due to inflammation and infection – this may limit patient’s ability to exercise. And yet, patients are still encouraged to partake in regular exercise, as it has been shown to help improve CF outcome, along with boosting quality of life and pulmonary function, and improving overall health. Continue reading… 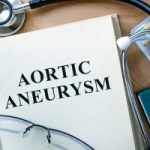 Virtual reality images can now be used to help improve treatment of abdominal aortic aneurysms due to a technology developed by a group of experts at the University of Montreal Hospital Research Centre.

Aortic aneurysms in the United States caused just over 10,000 deaths in 2009, according to the Centres for Disease Control and Prevention. Although we can’t say for certain why, about two-thirds of people who have an aortic problem are male. The size and rate at which the abdominal aortic aneurysm grows determines the treatment. With some patients, emergency surgery is the obvious approach.

One of the biggest challenges in addressing abdominal aortic aneurysms has been the inability to clearly see the area that needs to be treated. Using virtual reality is a way to significantly improve visibility.

Virtual models can now be created in the angiography room with the approach developed by the researchers in Montreal. This allows for a more detailed look at the abdominal aorta. Even though there have been advances in imagery that improved surgery in recent years, the team in Canada indicated that they wanted to develop new software to maximize images from ultrasound scanners, as well as magnetic resonance imaging technologies, so that doctors can provide personalized treatment to patients. Continue reading… 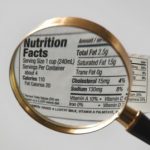 The researchers uncovered presymptomatic total calorie intake in patients with ALS was higher, compared to the healthy controls. Additionally, presymptomatic BMI was lower in patients, compared to the controls as well.
Further analysis found higher premorbid intake of total fat, saturated fat, trans-fatty acid, and cholesterol was linked with an increased risk of ALS, and alcohol intake was linked with a reduced risk. 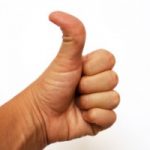 There is no cure for Ehlers-Danlos syndrome, but there are treatments to better help manage symptoms. The typical treatment is a combination of physical therapy and medication.

Prior to 1997, there were 10 types of Ehlers-Danlos syndrome categorized by Roman numerals. In 1997, the classification system of the different types of EDS became simpler and the types were given descriptive names instead.

Classical type (formerly types I and II) – type V collagen is affected and type I, resulting in occasional organ fragility.

Hypermobility type (formerly type III) – most widespread type in which a biochemical collagen has not been identified.

Kyphoscoliosis type (formerly type VIA) – deficiency of lysyl hydroxylase (procollagen-lysine 5-dioxygenase, or PLOD), which is a collagen-modifying enzyme. Very rare form of EDS characterized by fragility of eyes and arteries. Can be diagnosed by urine test.

Arthrochalasia type (formerly types VIIA and VIIB) – mutations leading to deficient processing of the amino-terminal end of proa1(I) [type A] or proa2(I)[type B] chains of collagen type I. Very rare form, can be diagnosed by skin biopsy. 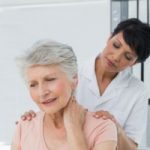 Temporal arteritis, also known as giant cell arteritis or GCA, is a rare autoimmune disease, but for the roughly 500,000 Americans who currently suffer from it, the condition can be further aggravated by its relation to another immune disorder.